Ged studied Linguistics and Education at York University, followed by a year working alongside teens and young adults with mental health problems. 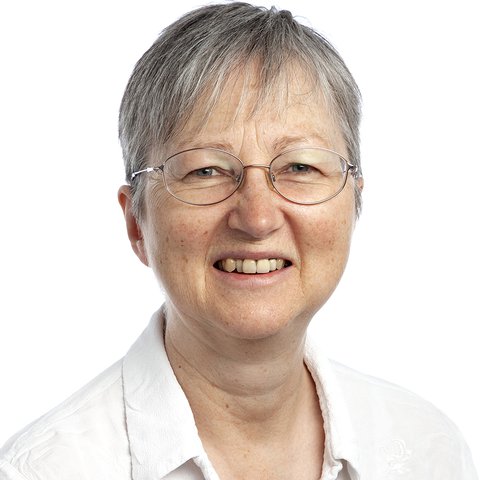 From 1984 she was a member of a contemplative religious community until 2006, when she left the community and moved to Cambridge.

She trained as a Spiritual Director with the Cambridgeshire Courses in Spiritual Direction (CCSD) and has been practising the art of spiritual accompaniment since then, doing further training in Supervision, Godly Play and Values Based Reflective Practice.

In 2013 she was awarded an MA in Pastoral Theology and for three years she worked in parish ministry as a Parish Pastoral Assistant.

She has been a member of the chaplaincy team at Addenbrookes since 2010, being involved in every aspect of chaplaincy care, and in 2016 became the Spiritual Care Lead at Kneesworth House Hospital (a Medium secure psychiatric hospital).

At the beginning of April this year she was appointed Deputy Lead Chaplain and continues to be committed to the development of chaplaincy for all in this fast moving hospital environment.

She has a wide range of interests, including cycling, roller skiing and language learning. Putting her feet up and doing nothing also features on her list of priorities!