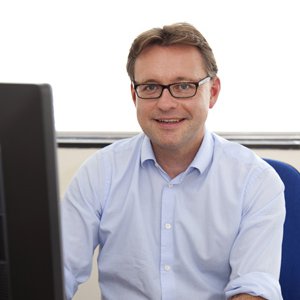 Following the development of a very successful peanut allergy treatment with Dr Pamela Ewan, he is now leading the clinical team at the Cambridge Peanut Allergy Clinic.

In 2010 Andy was named in 'The Times' magazine list of top UK doctors, and again in 2012 he was recognised as one of the UK’s 100 best children’s specialist doctors. He plays an active role in the national professional allergy organisation (British Society for Allergy and Clinical Immunology) as chair of the standards of care committee. He recently led writing guideline documents for managing egg allergy and in 2012 he was appointed chair of this committee. He now coordinates the writing of guidelines on multiple topics, such as peanut, milk and penicillin allergy, and adrenaline auto-injector use.

Andy is also secretary to the taskforce on the allergic child in school, which produced European guidelines for school allergy and he is Chair of the expert scientific panel of the Anaphylaxis Campaign.

Andy lectures frequently to undergraduates, primary and secondary care doctors and nurses and is a regularly invited to speak at national and European allergy conferences.