We use cookies to collect information about how you use our site.

We use this information to make the website work as well as possible and improve our services.

Let us know if this is OK. We'll use a cookie to save your choice. You can read more about our cookies before you accept. 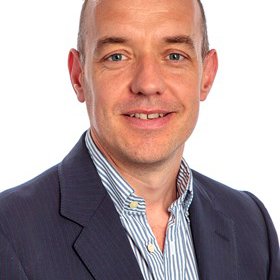 Jeremy was elected as a Patient Governor in July 2019.

He is a biologist by training and has a BSc in Biology and a PhD in Biochemistry.

He works in the pharmaceutical sector, with a focus on the early stages of discovering new medicines and a particular interest in collaborations between doctors, academic researchers and scientists in industry.

He hopes that his strong awareness of the cutting-edge research undertaken at Addenbrooke’s will be an asset, in addition to his knowledge of the growing number of institutes on the biomedical campus.

Jeremy has a long association with Addenbrooke’s, both professionally and as a patient, and both of his children were born at the Rosie Hospital.

Through his role as a Patient Governor, Jeremy hopes to play a role in ensuring that Addenbrooke’s patients receive first-class care and that the expertise, skill and dedication of the hospital’s staff are recognised.

He is also keen to understand how best to realise the benefits to patients of being at the centre of one of the country’s most important biomedical communities.