What is cow’s milk allergy?

Cow’s milk and cow’s-milk-containing foods (called dairy products) can cause reactions when eaten. This is because either:

The presenting symptoms of cow’s milk protein allergy are usually more widespread and can involve the skin, respiratory system, gut, and circulation. The symptoms of lactose intolerance affect only the gut with stomach ache, bloating, and diarrhoea.

Cow’s milk allergy is common in infants and young children, usually developing before six months of age. It affects about 1 in 50 infants, but is much less common in older children and adults, as most affected children will grow out of their allergy. However, in a small minority of individuals, milk allergy is lifelong.

Heating does not change the allergic potential of cow’s milk; so allergic individuals will also react to boiled milk. However, when milk is baked with wheat, binding between the milk and wheat hides the milk proteins, thereby reducing its allergic potential. Individuals allergic to cow’s milk will often be able to tolerate baked milk in cakes and biscuits before they can tolerate fresh or raw milk.

What are the symptoms of cow’s milk allergy?

In infants, cow’s milk allergy can present broadly in one of two ways, either with the typical symptoms of food allergy involving the skin, respiratory system, gut, and (rarely) circulation where onset follows soon after ingestion (within two hours) or with delayed mostly gut symptoms or eczema (up to 72 hours later).

The typical immediate-onset symptoms include rash, itching, and swelling which can spread all over the body; runny nose, sneezing, and itchy watery eyes; coughing, wheezing, and trouble with breathing; choking, gagging, vomiting, stomach cramps, and diarrhoea; pallor and drowsiness.

In most children, allergic reactions to cow’s milk are generally mild to moderate. Rarely the reaction may progress, to the more severe symptoms of pallor, drowsiness and loss of consciousness due to a fall in blood pressure termed anaphylaxis. Delayed-onset symptoms are by their nature more difficult to identify as being caused by cow’s milk allergy because they can occur hours or even days after milk ingestion and because they often resemble common ailments in infancy such as colic, reflux, and constipation. These symptoms include vomiting, nausea, abdominal cramps, diarrhoea and difficulty in passing stools. Cow’s milk allergy should be considered in infants who respond poorly to the medical treatment for these symptoms and who in addition may be particularly irritable, refuse feeds, experience difficulty swallowing or are exhibiting faltering growth.

Milk allergy can also be an important factor in infants and children with moderate to severe eczema, particularly where the eczema does not respond to adequate treatment with moderate strength topical steroids and regular moisturizing creams. These children can present with acute skin symptoms (hives, itch, and swelling) in addition to their eczema or with worsening of the eczema itself.

Will the allergy resolve?

Cow’s milk allergy will resolve in most children. About two-thirds will be able to drink milk by the time they go to school. In the remaining one-third, tolerance will continue to increase as they get older with only about 1 in 20 still allergic as adults.

Infants and young children can be tested about every six months by offering them a crumb of a baked milk biscuit. If they show tolerance, it can be tested by initially increasing the amount of biscuit eaten and then having contact with fresh milk. If a test for tolerance fails, the individual returns to his or her avoidance diet and tries again after a further six months. This reintroduction, or putting dairy back into an individual’s diet, should not be attempted without the advice of your dietitian, doctor, or nurse.

How is cow’s milk allergy diagnosed?

What is the treatment?

The treatment for cow’s milk allergy is to avoid milk until the allergy resolves. As cow’s milk is an excellent source of protein and calcium, it is important to replace it in an infant’s diet with appropriate alternatives to maintain growth and nutrition. The most suitable milk will depend on the child’s age, the severity of the allergy, and whether he or she can tolerate soya.

It is important to find out how strict the cow’s milk avoidance needs to be in an allergic child. Some children will develop symptoms with the tiniest (trace) amount of milk – even milk proteins passed through a mother’s breast milk – whilst others can tolerate baked or processed cow’s milk or even small amounts of fresh milk. It is easier to identify obvious sources of dairy products, but cow’s milk is added to many manufactured foods. It is important therefore to read the food ingredient label carefully.

How to read a label for a milk-free diet

Look out on labels for any of the following ingredients:

European law and the American Food and Drug Administration demand that milk as an ingredient must be clearly labelled on pre-packed manufactured foods. All milk-containing ingredients must be highlighted on an ingredients list so that it can be easily identified.

Check ingredient labels every time you buy foods as products are often altered and ingredients may have changed. Lists of milk-free foods can be obtained directly from food manufacturers and supermarket chains. They can be very helpful in identifying which foods are safe to eat. Products that are sold loose (or unpackaged) do not need ingredient labels and in addition are at risk of cross-contamination. These include products from bakeries, delicatessens, butchers, and self-service counters.

Dairy products are important sources of energy, protein, calcium, and vitamins. Whilst many of these nutrients can be obtained from other foods, cow’s milk is the main source of dietary calcium. When dairy is removed from an individual’s diet, it is important to ensure that there is enough calcium from other foods.

What is lactose intolerance?

Lactose intolerance occurs where an individual is not able to digest the lactose sugars in dairy products. These individuals have a deficiency in the gut enzyme lactase. As the lactose is not broken down and absorbed, it ferments in the gut and produces symptoms of bloating, excessive flatulence or wind and watery, explosive diarrhoea. Individuals with lactose intolerance can have some dairy contact without symptoms, depending on the degree of lactase deficiency, the concentration of lactose in the cow’s milk product, and the amount of dairy ingested. They will also, unlike cow’s milk allergic individuals, naturally be able to drink lactose-free milks.

Are medications containing milk or lactose suitable for milk-allergic individuals?

Certain medications and dietary supplements where cow’s milk is used in their manufacture (such as probiotics) may contain traces of milk protein. These may be sufficient to elicit reactions in highly sensitive cow’s milk allergic individuals. Pharmaceutical grade lactose is widely used as an additive in a variety of medications including tablets, oral suspensions, intravenous formulations, and dry powder inhalers for asthma. This lactose is highly refined and therefore allergic reactions are very unlikely in most milk-allergic individuals. Clearly, where they do occur, lactose-free alternatives are recommended.

What about younger siblings of children with cow’s milk protein allergy?

Siblings of children diagnosed with cow’s milk protein allergy are more likely to develop cow’s milk allergy themselves. Breastfeeding has many benefits and is preferable for at least the first four to six months. If breast feeding is not possible then please discuss with your allergy team about the best choice of formula. 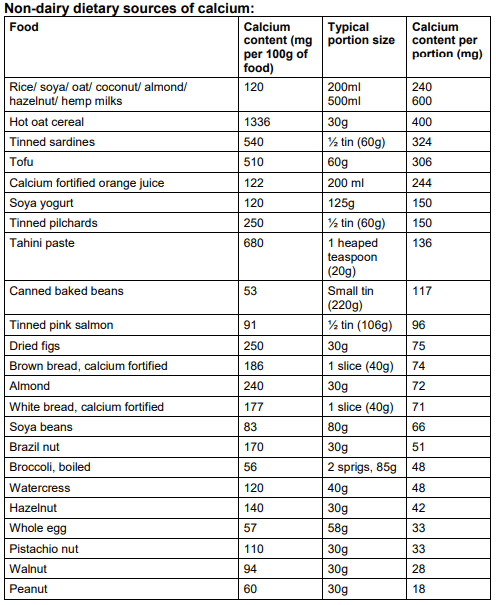