Transurethral resection of the prostate (for benign disease)

This leaflet includes advice from consensus panels, the British Association of Urological Surgeons, the Department of Health and evidence based sources; it is, therefore, a reflection of best practice in the UK. It is intended to supplement any advice you may already have been given by your urologist or nurse specialist as well as the surgical team at Addenbrooke’s. Alternative treatments are outlined below and can be discussed in more detail with your urologist or specialist nurse.

This operation involves the telescopic removal or incision of the obstructing, central part of the prostate with heat diathermy and temporary insertion of a catheter for bladder irrigation.

Drugs, use of a catheter/stent, observation or open operation, Holmium Laser Enucleation of the Prostate (HoLEP).

If you are taking blood thinning medication on a regular basis, you must discuss this with your urologist because these drugs can cause increased bleeding after surgery. There may be a balance of risk where stopping them will reduce the chances of bleeding but this can result in increased clotting, which may also carry a risk to your health. This will, therefore, need careful discussion with regard to risks and benefits. Aspirin is usually stopped at your surgeon’s direction.

You will usually be admitted on the same day as your surgery. You will normally undergo pre-assessment on the day of your clinic or an appointment for pre-assessment will be made from clinic, to assess your general fitness, to screen for the carriage of MRSA and to perform some baseline investigations. After admission, you will be seen by members of the medical team which may include the consultant, junior urology doctors and your named nurse.

You will be asked not to eat or drink for six hours before surgery and, immediately before the operation, you may be given a pre-medication by the anaesthetist which will make you dry-mouthed and pleasantly sleepy.

Please be sure to inform your urologist in advance of your surgery if you have any of the following: 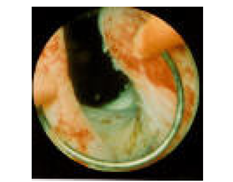 A telescope is passed into the bladder and the central part of the prostate removed piecemeal using heat diathermy. The prostate fragments are evacuated using suction and sent for pathological analysis. A catheter is usually inserted after the procedure. 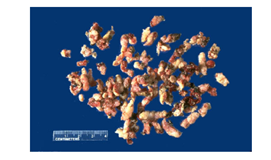 The procedure takes 45 to 60 minutes.

You will usually be given injectable antibiotics before the procedure, after checking for any allergies.

There is always some bleeding from the prostate area after the operation. The urine is usually clear of blood after 48 hours, although some patients lose more blood for longer. It is very rare to require a blood transfusion after surgery.

The catheter is generally removed after four to seven days in the community following which urine can be passed in the normal way. At first, it may be painful to pass your urine and it may come more frequently than normal. Any initial discomfort can be relieved by tablets or injections and the frequency usually improves within a few days.

It is not unusual for your urine to turn bloody again for the first 24 to 48 hours after catheter removal. A few patients are unable to pass urine at all after the operation. If this should happen, we normally pass a catheter again to allow the bladder to regain its function before trying again without the catheter.

The average hospital stay is usually 12 to 36 hours (with bipolar more like 12 to 24 hours). The catheter will usually be removed by the district nurse at your home.

This operation is commonly performed as a day case procedure, and you may be able to go home the same day with your catheter if your urine is clear or a pink colour, the same day as your operation. Arrangement for the catheter to be removed will be made by the ward nursing staff.

☐ Temporary mild burning, bleeding and frequency of urination after the procedure

☐ No semen is produced during an orgasm in approximately 75%

☐ Treatment may not relieve all the prostatic symptoms

☐ Infection of the bladder, testes or kidney requiring antibiotics

When you leave hospital, you will be given a discharge summary of your admission. This holds important information about your inpatient stay and your operation. If, in the first few weeks after your discharge, you need to call your GP for any reason or to attend another hospital, please take this summary with you to allow the doctors to see details of your treatment. This is particularly important if you need to consult another doctor within a few days of your discharge.

Most patients feel tired and below par for a week or two because this is major surgery. Over this period, any frequency usually settles gradually.

If you experience increasing frequency, burning or difficulty on passing urine or worrying bleeding, contact your GP.

About one man in five experiences bleeding some 10 to 14 days after getting home; this is due to scabs separating from the cavity of the prostate. Increasing your fluid intake should stop this bleeding quickly but, if it does not, you should contact your GP who will prescribe some antibiotics for you. In the event of severe bleeding, passage of clots or sudden difficulty in passing urine, you should contact your GP immediately since it may be necessary for you to be re-admitted to hospital.

Removal of your prostate may affect your sex life. Sexual activity can be resumed as soon as you are comfortable, usually after three to four weeks.

It is often helpful to start pelvic floor exercises as soon as possible after the operation since this can improve your control when you get home. The symptoms of an overactive bladder may take three months to resolve whereas the flow is improved immediately.

If you need any specific information on these exercises, please contact the ward staff or the specialist nurses. The symptoms of an overactive bladder may take three months to resolve whereas the flow is improved immediately.

It will be at least 14 to 21 days before the pathology results on the tissue removed are available. It is normal practice for the results of all biopsies to be discussed in detail at a multi-disciplinary meeting before any further treatment decisions are made. You and your GP will be informed of the results after this discussion.

Most patients require a recovery period of two to three weeks at home before they feel ready for work. We recommend three to four weeks rest before resuming any job, especially if it is physically strenuous and you should avoid any heavy lifting during this time. You should not drive until you feel fully recovered; two weeks is the minimum period that most patients require before resuming driving.

It is your responsibility to ensure that you are fit to drive following your surgery. You do not normally need to notify the DVLA, unless you have a medical condition that will last for longer than three months after your surgery and may affect your ability to drive. You should, however, check with your insurance company before returning to driving. Your doctors will be happy to provide you with advice on request.

Same sex bays and bathrooms are offered in all wards except critical care and theatre recovery areas where the use of high tech equipment and/or specialist one to one care is required.

Yes. As part of your operation, various specimens of tissue will be sent to the pathology department so that we can find out details of the disease and whether it has affected other areas. This information sheet has already described to you what tissue will be removed.

We would also like your agreement to carry out research on that tissue which will be left over when the pathologist has finished making a full diagnosis. Normally, this tissue is disposed of or simply stored. What we would like to do is to store samples of the tissue, both frozen and after it has been processed. Please note that we are not asking you to provide any tissue apart from that which would normally be removed during the operation.

We are carrying out a series of research projects which involve studying the genes and proteins produced by normal and diseased tissues. The reason for doing this is to try to discover differences between diseased and normal tissue to help develop new tests or treatments that might benefit future generations. This research is being carried out here in Cambridge but we sometimes work with other universities or with industry to move our research forwards more quickly than it would If we did everything here.

The consent form you will sign from the hospital allows you to indicate whether you are prepared to provide this tissue. If you would like any further information, please ask the ward to contact your consultant.

PatientLine: *801 (from patient bedside telephones only)

MINICOM System ("type" system for the hard of hearing)