“Taylor’s older brother was born with a unilateral cleft lip and, because of its genetic nature, when mum was 25 weeks pregnant with Taylor she was asked if she would like to come to Addenbrooke’s for a 3D scan.

“I didn’t find out about my older sons’ cleft until after he was born so I was keen to just have a look,” explains mum. “I wasn’t worried though and thought if it is the same it will be okay, I can cope with that.” As they began the scan the consultant was able to see the fetus putting his tongue up into his nose, confirming that baby did have a cleft of the palate. However, Taylor’s mum was not prepared for exactly what they saw.

Taylor was diagnosed with a bilateral cleft lip and palate which would require a lot more surgery to rectify than his older brother. 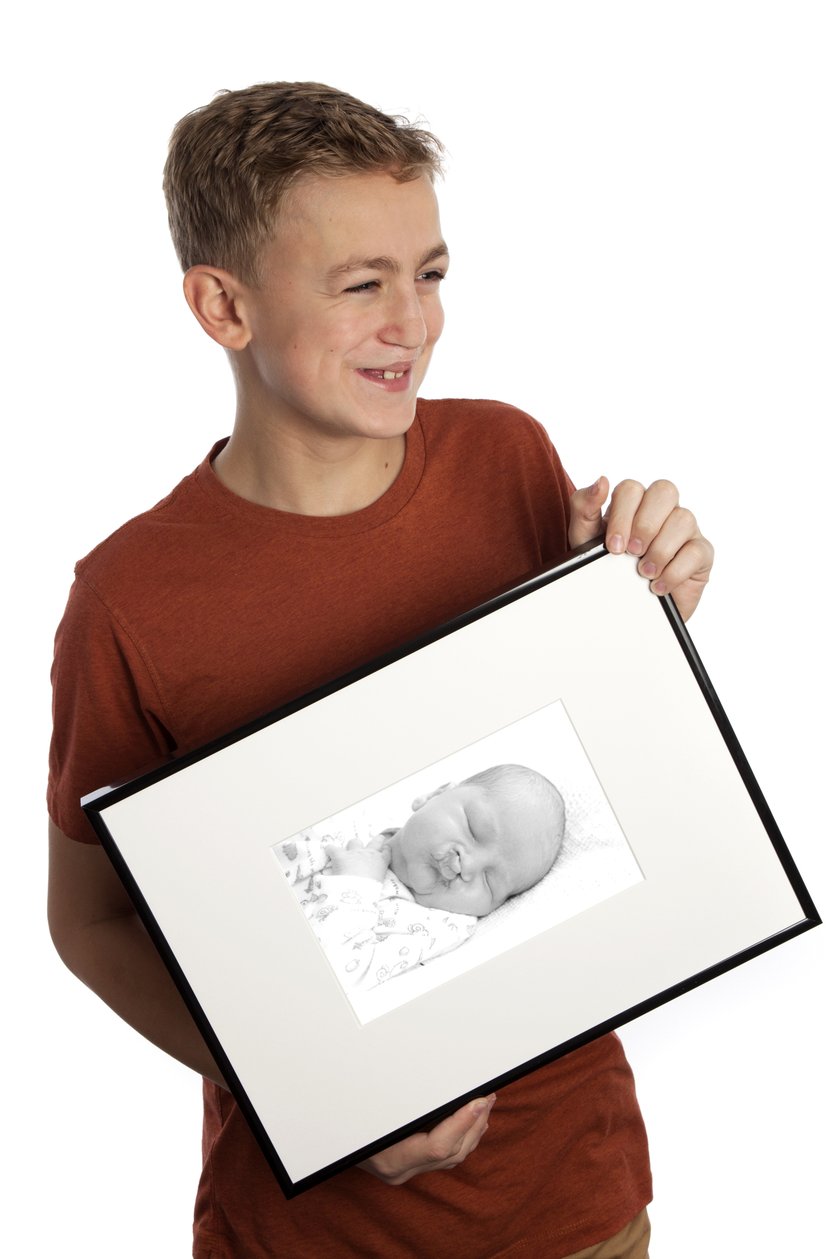 My whole world fell apart, my baby had a cleft and this was a whole lot worse than what we had already been through.

Mum was immediately booked in and within a couple of weeks she met with the cleft surgeon to talk things over, and received a home visit from the cleft specialist nurse. “The cleft nurse was brilliant - she was like my best friend. I spoke to her about absolutely everything and cried my eyes out to her so many times. She was like my rock. I was so relieved to be able to talk to her before Taylor was born because I was so worried about everything. Feeding him was a real concern for me, but she told me not to worry and that she’d see me on the day that he was born. She did.”

She was like my rock. I was so relieved to be able to talk to her before Taylor was born because I was so worried about everything.

Although Addenbrooke’s was not the family’s local hospital, it had just opened its cleft centre and the family decided it was worth the extra travel to have both their sons under the care of the specialist multidisciplinary cleft team. “I trusted the cleft team at Addenbrooke’s and I liked that everybody was in one place. If I spoke to the audiologist about Taylor’s speech for example, she knew his case and the therapist that worked with him, as they all worked together.”

Cleft care involves a 20-year care pathway with a multidisciplinary team comprising of surgeons, specialist nurses, speech and language therapists, orthodontists, dentists, audiologists and psychologists. “We’ve had everything; we’re basically here at least once every couple of months.” Taylor had several operations during his early years. A bilateral cleft lip and palate is closed in stages, often requiring at least two separate operations. Taylor doesn’t remember these early operations but since then he has had a further three operations; a tonsillectomy, alveolar bone graft and buccal flaps.

I remember the bone graft quite well, going to theatre, getting anaesthetised, going under then getting out and recovering.

In addition to his surgeries, Taylor wore hearing aids up until the age of 10. “It’s really hard to explain to five-year-olds who haven’t got a clue,” explains Taylor. “Obviously I was really young and didn’t know as much as I know now, but basically I explained that hearing aids are like glasses but they help you hear.” Mum says that equipping Taylor with answers for the numerous questions that get asked was an important part of the process.

We’re very open and honest with each other - I’ve never hidden anything from him.

“Throughout school Taylor was constantly asked about his appearance and speech; ‘Why have you got a funny lip? Why are you wearing hearing aids?’ He had to answer the same questions again and again. Eventually, in primary school the teachers spoke to the students and it began to settle.” Since starting secondary school Taylor still gets asked questions, however, now he simply replies with: “I was born with a cleft - look it up! Go and Google it!”

Taylor still meets with therapists to work on his speech and while his speech is good, he’s had to work really hard to get it to be as clear as it is today. “A couple of years ago at a carnival on holiday, there was a band that came every year and I absolutely loved them,” says Taylor. “They’d always get a boy and a girl to march with them. Eventually I was chosen and they asked me what my name was in front of the whole crowd. I said it again and again but they couldn’t understand me. I got more and more frustrated.” Mum explained that it was that experience which showed Taylor he still had work to do on improving his speech, specifically for people outside of his family and friends to understand him straight away.

Today Taylor has a wide variety of interests outside of school including climbing, Judo, swimming, golf and he is also a scout. He enjoys music, playing both the piano and guitar, and is also involved in drama at school. Mum says that drama in particular has helped Taylor as it has taught him to project his voice and slow it down so that people can understand him more clearly.

Since the age of five, Taylor has known that he wants to become a biomedical engineer after completing school.

The reason I find it cool is that I love engineering and that stuff, but also because of my cleft experience. Specifically thinking of the hearing aids, I feel like it’s incredibly important to have things that help other people and cleft patients. I’ve gone through it myself; I know what it’s like.