According to the Cleft Lip and Palate Association (CLAPA), there are around one in 700 babies born with a cleft around the world, of which 1,200 are born in the UK every year. However, there has only ever been one cleft baby so uniquely woven together as Mia.

10 days after Mia was welcomed into the world, her parents found out that her cleft was the result of an extremely rare condition known as Chromosome 11 Deletion Syndrome.

“We found out Mia had a cleft only after she was born,” says Mum. “It was a bit of a shock and surprise. You prepare yourself before you have a child for what everything is going to be like and it was a little bit different to that.”

A rare syndrome with symptoms entirely unique to Mia, including isolated cleft palate, hearing difficulties as well as ptosis (lazy eye). The happy nine-year old cheerfully likened herself to Tigger because, as the beloved children’s character states: “The most wonderful thing about tiggers is… I'm the only one.”

Mum explained that it was definitely not something that they were expecting but the cleft team was very supportive and they received amazing care from everyone.

We had a cleft nurse who was really reassuring; she explained things to us and gave us lots of information. There was a pack from CLAPA, which had some really nice, thoughtful things including a special bottle and teat to help set us up for the new journey that we were about to take,” says Mum. 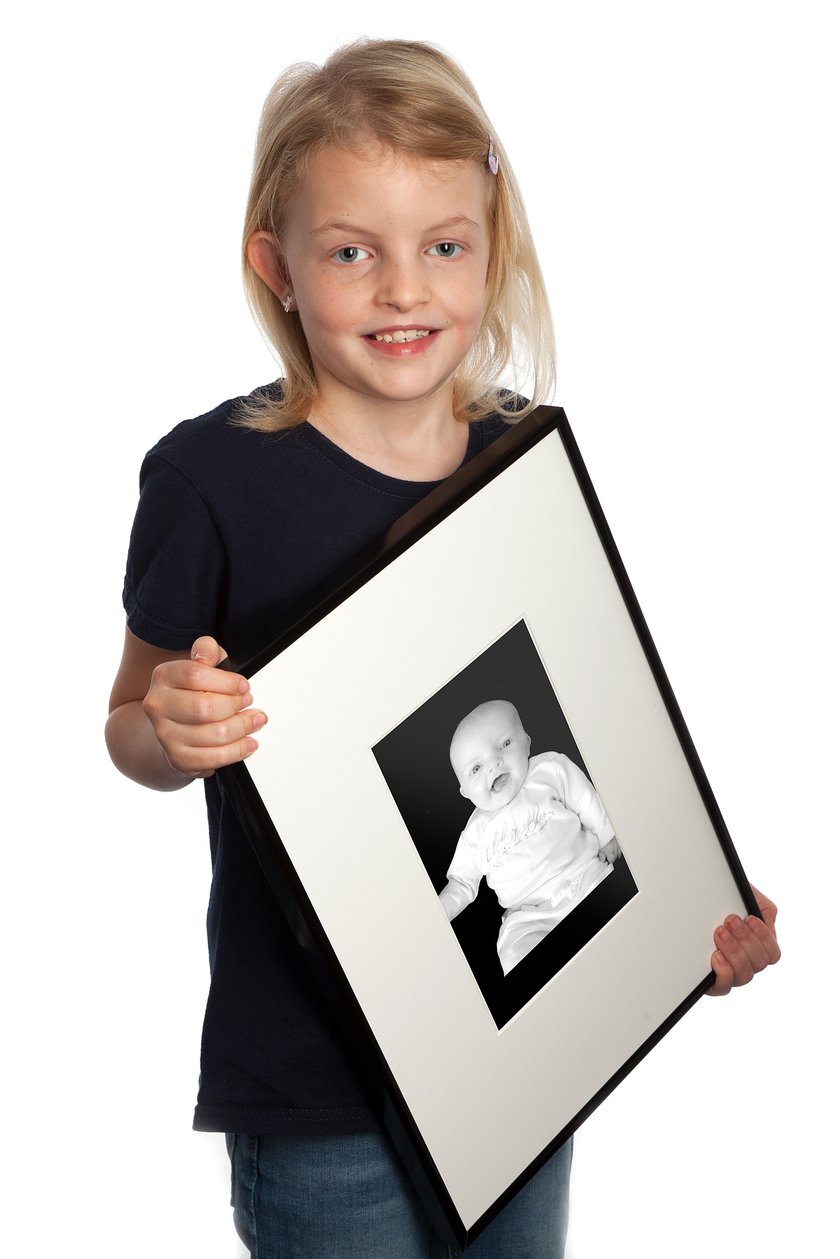 After a few days in special care, the family were able to take baby Mia home and began to settle into a routine with their new born daughter. Babies born with a cleft palate require different feeding methods so a specialist cleft nurse makes contact within 24 hours following diagnosis and schedules visits to help support the new parents. According to Mum, feeding was one of the most challenging parts in the beginning; however, it didn’t take long for them to find their feet. “We all adapted quite quickly. To feed her you have to squeeze the milk in to her mouth but not for too long as she needs to breathe. Other than that, everything was completely normal.”

Sometime between six and 12-months old, all babies born with a cleft palate require an operation to join the tissues that did not fully close while in the womb. “We knew that she would be having her operation at around six-months and that there was preparation around what we needed to do with that. As a parent, it can be hard having a child going through an operation. It never gets any easier sending them down to an anaesthetist room and watching them being wheeled away, going to sleep and having an operation; it’s always a nervous time.”

Since her initial palate repair, Mia has had a further palate repair surgery, three grommet insertions as well as some dental work.

You do get used to knowing that they’re in safe hands and that everything that you are doing, you are doing for the right reasons.

Everyone develops their own method for coping with surgery, explains Mum, for Mia it’s waking up to a delicious chocolate muffin, which is the first thing that Mia thinks of when remembering her time spend in hospital. “So we have to make sure that we have a chocolate muffin and if we haven’t got one, we are in trouble,” laughs Mum.

“The operations are a little bit scary, but OK afterwards,” says Mia. According to Mum, Mia doesn’t remember all of her operations but coped well with her most recent one saying that, for a nine-year old, being in hospital does have its advantages. “I was allowed to watch television in bed!” Mia says excitedly.

At age six, Mia’s parents had noticed some deterioration in her speech and a decision was made to operate. During the surgery it was identified that some of the muscle that had been attached when she was a baby had started to come away and, as a result, was affecting her speech. Then around two-years later Mia’s parents again noticed a slight change in her speech and Mia was scheduled to attend the Palate Investigation Clinic (PIC) where she was seen by a team of specialists.

“We had the tongue twister time with Speech and Language and then we had to go and do the moving x-rays. The moving x-rays were to have a look at the structure of the palate and to see if there was any reason why a change in her speech was happening,” explains Mum. At the clinic the team concluded that Mia had recently experienced a significant growth spurt and the palate was simply taking some time to catch up.

Having that day at PIC and all of those different sessions really helped us to understand that as Mia grows and develops there are going to be slight changes in the way she talks and how she sounds due to the fact that her palate is changing.

Hearing difficulties can be common amongst cleft palate patients and in Mia’s case is something that has had to be closely monitored. “On the first day of school, after I first got my hearing aid, a few of my friends and some others were asking me what it was. I told them it was a hearing aid and when they asked what it does, I told them the answer is in the name.” Mia explained how she chose a red sparkly hearing aid. “Because red is one of my favourite colours and after we found out that I needed a hearing aid we went to McDonald’s for dinner and I saw a little boy who also had a red hearing aid.”

When Mia was asked about her cleft she said: “I’m the only one in school with one and I talk to some of my friends about it. It doesn’t really bother me!” A confident and happy little girl, Mia enjoys helping her Dad at the family’s reptile shop and talking to the customers about all the different animals. She loves drama and singing, as well as playing dodgeball and basketball at school with all her friends. Mia explains that she also has a party trick, which comes from having her cleft. When asked what happens while drinking milkshake, Mia very proudly announces: “It comes out of my nose!”

“If I could give anyone some advice, support and comfort it would be to trust your own instincts and do what you think is right,” says Mum.

Ultimately you are still the parent and even if your child is a little bit different, you still know them better than anyone else. Trust yourself, because although they may have some challenges, it doesn’t mean you don’t know how to deal with it. We just decided that we would bring Mia up in the same way as any other child, and she has truly blossomed into a beautiful young girl.