You Made a Difference - November 2021

November's awards go to a trustworthy and caring staff nurse who showed remarkable support and dedication; and a consultant who frequently goes above and beyond to deliver safe, kind and excellent care to patients. 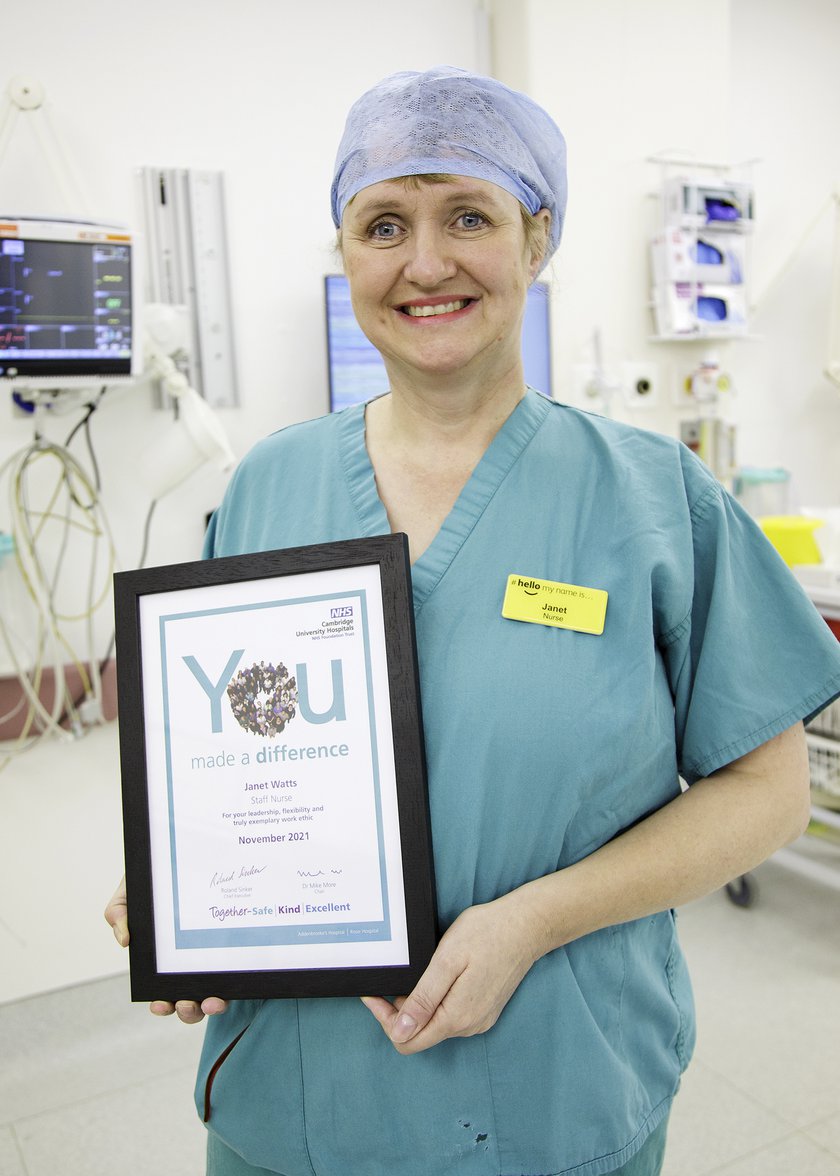 Janet joined the Ely day surgery unit (DSU) as a ward nurse in February 2019. Today, Janet regularly takes charge of the busy ward area, as well as working in the recovery department and is often the ‘nurse in charge’ of the theatre team for pain lists.

On top of this, she continues with link roles that centre around glucometer and international normalised ratio (INR) testing.

Janet acts as a mentor for students and new staff and is always willing to take up extra shifts when the need arises.

At the start of the pandemic in 2020, all staff from Ely DSU were redeployed to support efforts at Addenbrooke’s. Janet went to the neurosciences critical care unit (NCCU) and by the time she returned to Ely the NCCU staff did not want her to leave!

She is such a terrific team player and is truly one individual that holds up the Trust values of ‘Kind, Safe and Excellent’. She always tries to see the best in people and remains positive about situations even during some recently dark times.

“My job as team leader for Ely DSU is made easier on a daily basis simply knowing that I have a staff member as trustworthy, diligent and caring as Janet Watts.”

This is reflected in the winning nomination, extracts of which told us:

“During the height of the pandemic, Janet volunteered as one of the staff to go to critical care to lend a helping hand. She was motivated, showed remarkable support and dedication during the difficult time last January to March on critical care redeployment.”

When ELY DSU reopened Janet adapted very quickly, going back to routine with enthusiasm and positivity every day that she was in. Janet remained hard working, looking for ways to ensure correct turnover of a very busy and limited space ward.

Janet’s leadership in managing a difficult floor, her flexibility and work ethic are truly exemplary. In these difficult and very challenging times with a lot of competing priorities, her actions, capability, willingness and capacity for goodness truly embodies our values. 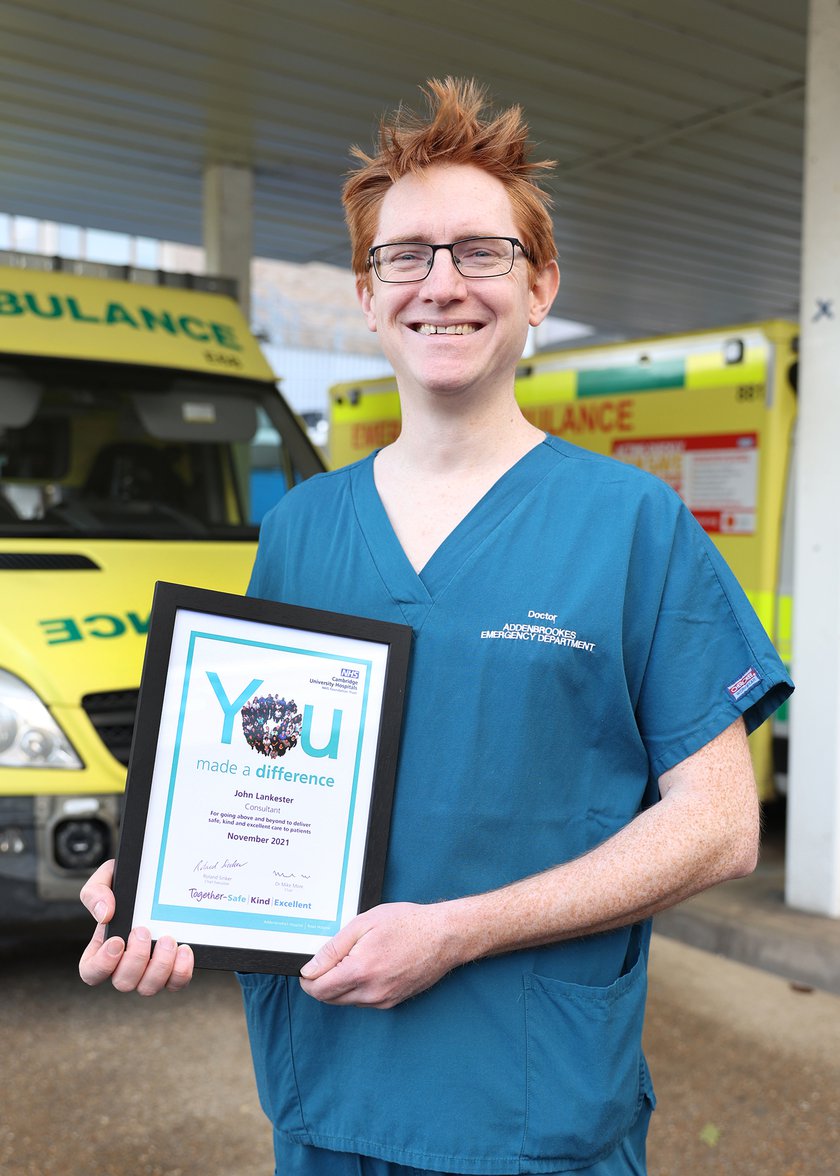 John has been in post as an emergency medicine consultant since 2018, and worked intermittently at Addenbrooke’s as a trainee for many years before.

John says: “the best thing about my job is the amazing team we have in the ED.”

This doctor frequently goes above and beyond in the emergency department to deliver safe, kind and excellent care to patients. He listens to nurses’ concerns, and emanates calm and kindness in everything he does.

John was due to go home, but stayed to deliver care to a very volatile and complex patient, in order to prevent her increase in anxiety and long wait in the emergency department.

“As soon as I highlighted this issue, he immediately responded. Thank you John.”