A truly amazing healthcare assistant who goes above and beyond his duties, and a completely indispensable midwife who demonstrates tremendous kindness and support are the winners of April’s You Made a Difference awards. 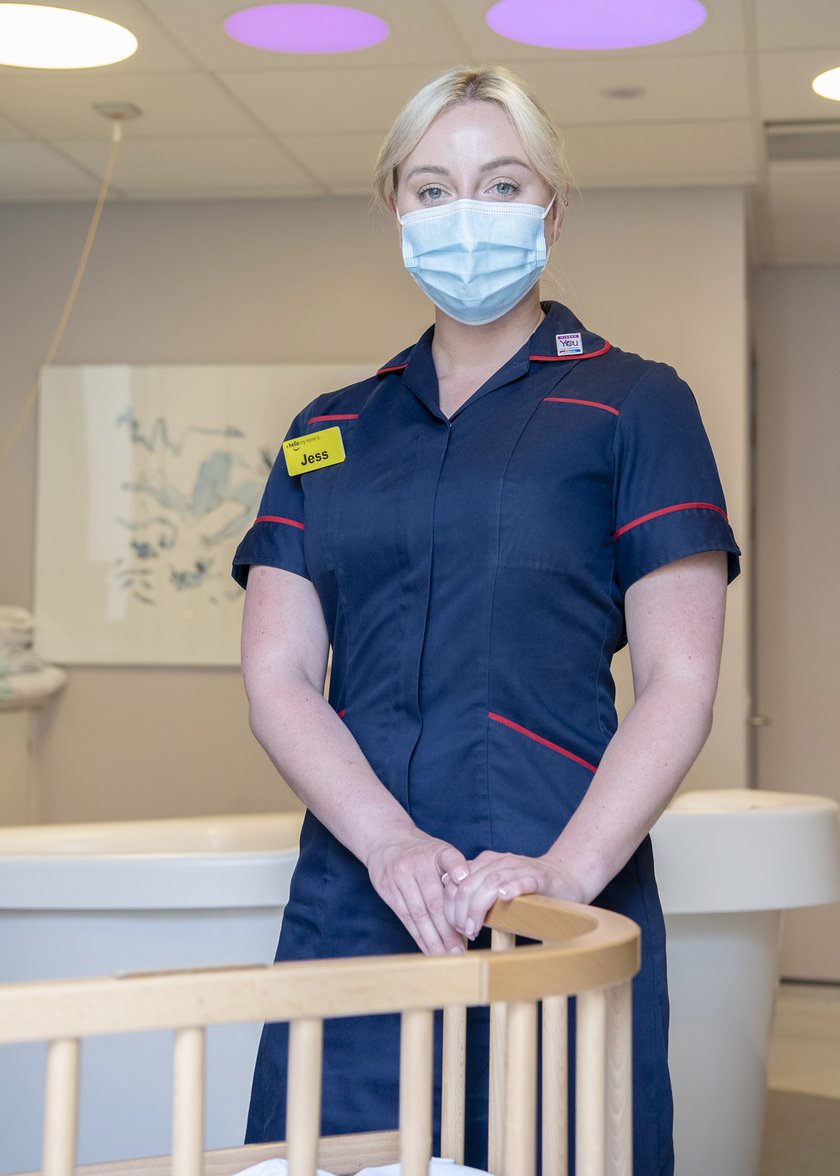 Jess began her role as the clinical midwifery practice educator in October 2021 and has been a midwife for over three years.

Within her time in this role as practice educator, Jess has demonstrated tremendous kindness and support to the midwifery students. She helps them through their course, providing extra learning sessions for objective structured clinical examination (OSCE assessments and established weekly student forums.

Each day Jess ensures she walks around the unit to make sure all the students are well supported and to ask if they need any help or advice.

She is always happy to help support clinically in all areas of midwifery, and ensures she remains clinically competent in all aspects.

Jess contributed to a Continuity of Care team and has now been successful as a practice educator. Jess is highly valued within the practice development team and amongst the students.

This is reflected in the nomination from colleagues, extracts of which told us:

Jess has been completely indispensable to the entire student midwife population at the Rosie. We have been provided so many opportunities due to Jess working so hard for us. It is evident that she truly cares about the students she looks after, and strives to make us the best future midwives we can be.

“Jess set up a weekly student midwives forum for guest speakers, something additional to her role that takes a lot of organising and dedication. This has been highly educational and has really built upon our practice and knowledge.

“When requested, she will assist us on placement with practicing skills. Due to staffing and time constraints this is something the other midwives cannot always accommodate, but because of Jess's specific role she has the time to teach us very thoroughly. From attending her suturing workshop I felt a huge boost in confidence and ability, and have since carried out suturing independently. This is all down to Jess.

“Jess massively boosted my confidence on placement when I was struggling and had doubts about my abilities. When I was unsure about my future on the course, she took the time to provide me with a learning hour each shift.”

Due to Jess being so supportive I felt able to carry on my studies. Without her, I doubt I would still be a student midwife.

“I cannot thank Jess enough for everything she does and she absolutely deserves recognition for the massive difference she has made.” 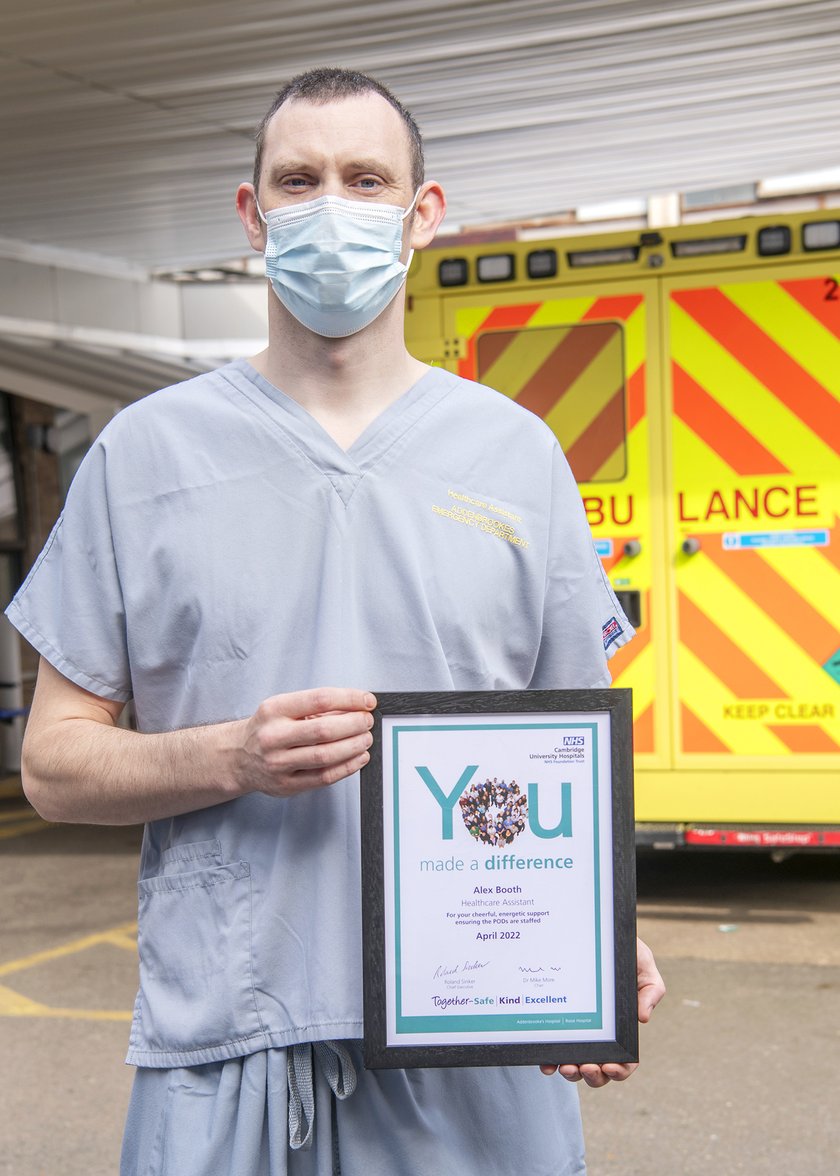 Alex is a healthcare assistant who has worked at CUH since 2006 and in the emergency department (ED) since 2010.

Since Alex joined the ED he has taken on the additional role of chemical, biological, radioactive and nuclear (CBRN) team leader for the ED. He helps train staff within the team and monitors the major incident stores, ensuring that all the equipment is available at a moment’s notice of an incident being declared, such as the recent Lassa fever case.

Alex gave support to staff who were involved in donning and doffing, providing such a resource of knowledge and reassurance to other members of staff.

Managers in the ED say that Alex is a real asset to the team.

This is reflected in the winning nomination which told us:

“Alex has gone above and beyond his duties to ensure that these response services have been staffed, all staff have received enhanced PPE training, and he has changed his shifts to provide support in taking bloods.”

“He even offered telephone advice to other staff. He has remained cheerful, energetic and was great fun to work alongside.”

Alex has been truly amazing and demonstrated his wide knowledge to all involved. He has been so useful during this time and we would have really struggled without him. Thanks Alex, you’re a star!