Why MS patient Cameron bowls them over 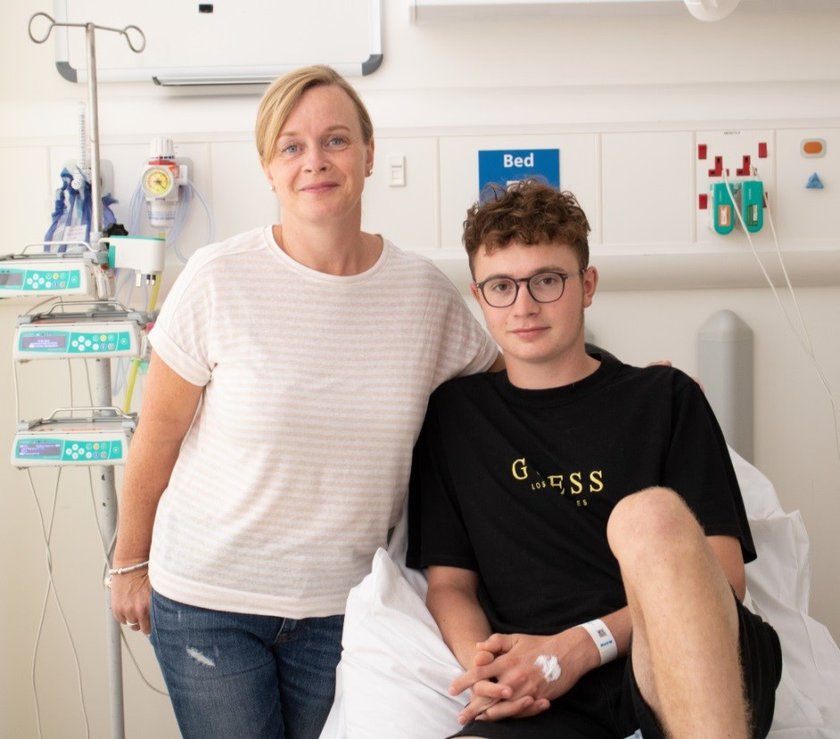 A mother whose cricket-loving son was diagnosed with multiple sclerosis says she is bowled over by the way he copes – and the support they are getting from specialist services at Addenbrooke’s Hospital in Cambridge.

Amanda Towers and 16-year-old Cameron, who is back playing cricket for Suffolk following treatment from the paediatric and adult MS services, hope by sharing their story it will help others going through a similar experience.

Amanda, from The Street, Burstall, Ipswich, said: “I have no hesitation in saying the service from the hospital has been amazing.

Our message to anyone who receives a diagnosis of MS is don’t panic – there is expert support out there.

MS, which is rare in children, is a chronic disease involving damage to the sheaths of nerve fibres in the brain and spinal cord. Symptoms may include numbness, impairment of speech and muscular coordination, blurred vision, and severe fatigue.

Cameron’s problems started on 31 July last year when he noticed a “smudge” in one eye while bowling for Suffolk under 15s. He came off the field, cleaned his contact lenses and, in his usual determined way, returned to the game and took two wickets.

But two days later he had a dizzy spell, and the next day, while watching a test match in Birmingham with dad, Lindsay, he lost his balance and felt nauseous – resulting in a trip to the nearest hospital.

Doctors, who felt it might be a gastric complaint, allowed Cameron to go home on the strict instructions he saw his GP, who immediately referred him to Ipswich Hospital. He underwent a barrage of tests, and vertigo was suspected.

A stroke-like attack led to another admission followed by a referral to Addenbrooke’s where Cameron had a more serious episode on the morning he was due to have n scan. 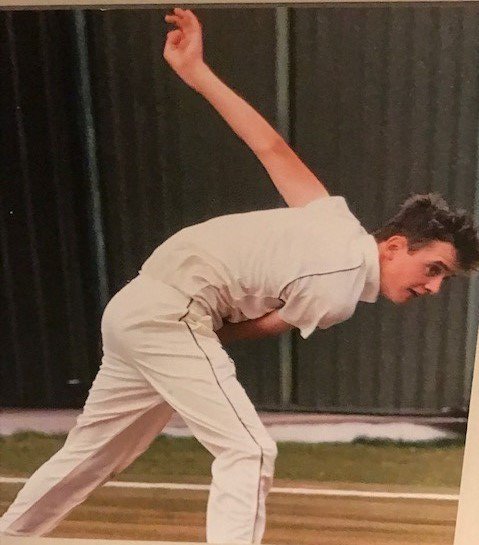 Cameron - a fast bowler for his county

An MRI scan revealed lesions on the brain and he underwent a lumbar puncture, which checks for lymphoma cells in the cerebrospinal fluid that protects the brain and spinal cord.

His symptoms improved with steroids, but his family were relieved when he was prescribed six monthly intravenous infusions of Ocrevus – the only approved drug known to target CD20-positive B cells, which play a key role in the disease. The aim is to stop further damage, and relapses.

Today Cameron is back to playing cricket for Suffolk Under 18s and Copdock & Old Ipswichian Cricket Club. He also plays for his school, St Joseph’s College in Ipswich, which has rallied round with all kinds of practical support.

He is up to speed with his schoolwork, hoping for continued exam success, and enjoys playing golf with his dad, a tax director with Fiat. Looking ahead, he is toying with the idea of a career in sports science.

Amanda, a human resources manager, said: “While MS was not what we wanted, we thanked God we at last had a diagnosis and knew what we were dealing with. Getting there was difficult because it is a hugely complicated condition and rare in children.

“Although it was really hard in the beginning it helped hugely that Cameron never let things get him down, and has remained strong and positive throughout.

He doesn’t let MS define him, and has carried on with his sports, schoolwork, and doing the things he loves.

“It helps that the school and the wider family, including his grandparents, have been so supportive. And, while Addenbooke’s looked huge and imposing when we arrived, we soon got to know the various staff and they have been fantastic throughout.

“The transition from the paediatric to adult MS service was seamless and it is reassuring that in addition to a consultant at Addenbrooke’s, Cameron has another at Ipswich Hospital, which is not far from our home.”

Dr Chitre, who was Cameron’s consultant before his move to the adult MS service, said: “Cameron is an amazing young man with a positive, can-do attitude, and we are delighted to be here for him and other young patients who are increasingly being referred to us from other centres.”

Note to editors: The paediatric MS team was set up in 2020 to serve children from Cambridgeshire, Bedfordshire, Hertfordshire, Essex, Suffolk and Norfolk with the aim of early diagnosis, which improves treatment and outcomes. Young patients no longer have to travel out of the region, and instead can conveniently access standardised investigations, treatments and therapies, and specialised paediatric neurology clinicians with a deep understanding of other support available within the hospital and further afield. The team is able to signpost families to support in the community, such as support within schools or behavioural therapists, and make them aware of clinical trials at home or abroad they could participate in.