Two capsules a day of a whole food supplement containing fruit, spice, vegetables and the UK’s favourite drink could bring relief to women suffering from the menopause.

That is the finding of a new study that identifies that pomegranate, turmeric, tea and broccoli could ease common symptoms of menopause including hot flushes, arthritis and low moods.

The work was spearheaded by Addenbrooke’s Hospital in Cambridge, Bedford Hospital, University of London statisticians and volunteers from a cancer support group in Japan.

Peri and post menopause symptoms are particularly significant for some women who have had breast cancer treatments, with joint pain impacting on motivation, exercise, and interest in hormone therapy treatments.

Scientists already know women who regularly eat more polyphenol-rich foods tend to have better moods and less arthritis, although the impact on hot flushes is less clear. Polyphenols are natural chemicals which give food its colour, taste and smell, with high-levels found in herbs and spice, fruit, vegetables, teas and nuts.

The study team suspected a whole food nutritional supplement would be a convenient way to boost intake throughout the day, but there was little in the way of academic work to prove the point.

In response they identified for their pilot study a whole food supplement previously tested on men with prostate cancer. It is safe and appears to help with joint discomfort. The combination of concentrated pomegranate, turmeric, tea and broccoli is free of phytoestrogenic polyphenols, which can impact on hormones.

Women from the Japanese Women’s Cancer Support Group volunteered to take the supplement in capsule form and after two months 30 out of 38 (79 per cent) made positive comments, with significant improvements in mood, hot flushes and stiffness. 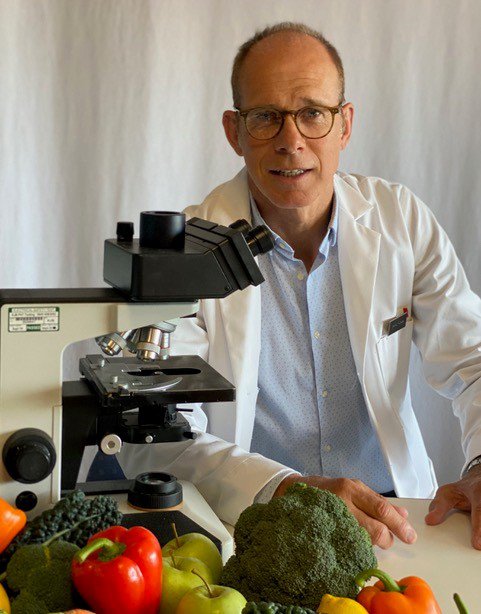 One of the study authors, consultant oncologist, professor Robert Thomas from Addenbrooke’s and Bedford hospitals, said:

This pilot study has provided sufficient encouragement and justification to proceed with a much longer trial in anticipation that the effect will be greater.

“In the meantime, increasing intake of polyphenol rich foods in certainly a practical, safe, natural option for those with these troublesome symptoms.”

I noticed increased flexibility in my joints, getting up in the morning and when getting up from a chair. I noticed a reduction in the number and severity of hot flushes and an upward swing in attitude and feeling of wellbeing.

Another added: "The stiffness in my fingers in the morning seemed to be abated. Normally there is pain in my knee joints which makes climbing stairs a trial but this helped to the extent that I did not feel much pain. This supplement helped my hay fever symptoms, I did not need to take any associated medicine. I had a general uplift in my feelings and physical situation.”