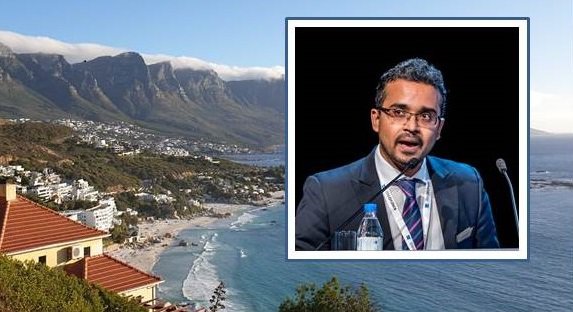 A young Addenbrooke’s trainee in academic and clinical neurosurgery who found himself in the thick of the Covid-19 outbreak in South Africa today vowed to return and help more patients with traumatic brain injuries (TBIs) caused by gunshots.

Dr Ifti Hossain, a trainee within the Neuro Critical Care Unit (NCCU), will head back to Cape Town next year to share and learn more TBI management techniques and check on the progress of important research work he started.

Ifti caught a repatriation flight to the UK on 19 June after spending six and a half months at the University of Cape Town’s Division of Neurosurgery at Groote Schuur Hospital for adults and the Red Cross War Memorial Hospital for children.

Despite the onset of lockdown in South Africa, he continued with his four-pronged mission to establish an electronic database of patients to enable evidence-based studies, establish a knowledge sharing collaboration between UK, Finland, Sweden and South Africa, and promote academic neurosurgery in Africa. Finally, he and his team established the pipeline to create a biobank in Cape Town that stores samples for TBI research, ultimately improving outcomes for patients, some of whom he treated during his stay.

The research was commissioned by the National Institute for Health Research using Official Development Assistance (ODA) funding.The aim is to create standardised protocols in low and middle income countries (LMICs) that face a far greater burden of TBI.

Whilst in South Africa he was shortlisted to win the coveted Aesculap-EANS Research Prize for the best clinical paper. His clinical project was about predicting the outcome of mild to moderate TBI using blood borne biomarkers in acute samples.
In a separate announcement, EANS invited him to be part of a group - called the “prospect” section - which brings together talented young clinicians who are likely to become the future leaders of European neuro trauma.

It was a time of stress and celebration! It has been a great experience to be in a different part of the world, where I could observe the extreme variations of life.

I was not only studying the management of gunshot wounds to the head and establishing a new registry of TBI, but also had the opportunity to be part of a diverse multicultural society of South Africa – the rainbow nation.

“Gunshot wounds are quite common in the Western Cape. Neither my colleagues in the UK, or Scandinavia, have been able to treat such a number of head wounds. Due to complex issues, such cases are increasing in Europe. This is certainly scary; however, from a neurosurgery perspective, it is exciting to learn the management of such cases. 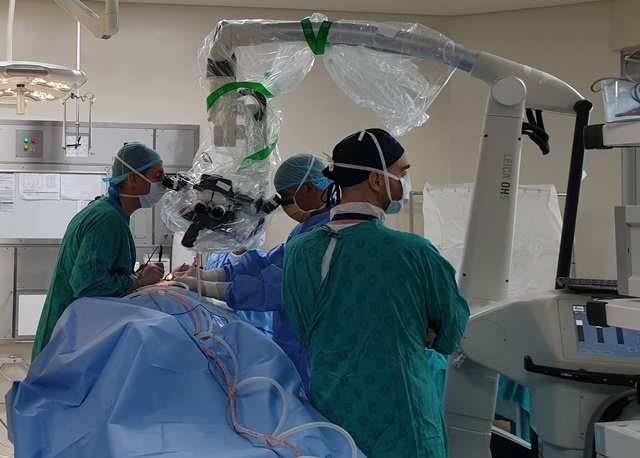 “Despite the uncertainty of life in strict lockdown in an entirely new place, I believed the British High Commission, the Embassy of Finland, and most importantly, the leader of our multicentre based clinical research group, Prof Hutchinson, were always there to help.

“I would also like to thank all my friends and colleagues in South Africa, from Cambridge neurosurgery, our NCCU colleagues and my line managers Dr Aoife Quinn and Professor David Menon, the project coordinator, research nurses, and Ms Alessandra Cazzola as well as Ms Sophie Brown of the medical staffing for their support in this tough situation.”