Surgeons’ operations are race against time

Addenbrooke’s Hospital performs 20,000 planned operations a year – and at 9pm on Wednesday (25 Jan) BBC Two viewers will have the opportunity to see two of the most technically demanding. 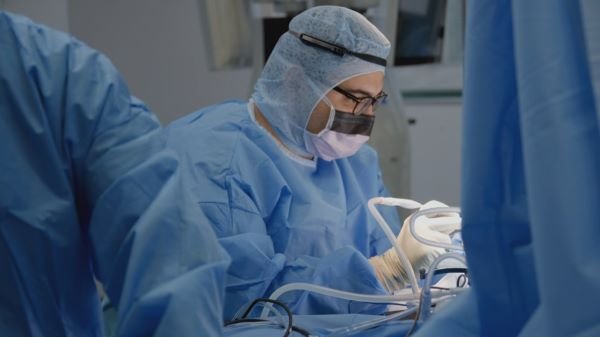 The second episode of BBC Two’s ‘Surgeons: At the Edge of Life’ features consultant neurosurgeon, Mr Alexis Joannides, performing a rare craniotomy with patient Ruth being fully awake for a portion of the procedure.

The 63-year-old retired intensive care nurse has an aggressive brain tumour called a glioblastoma and, without surgery, her life expectancy is just a few months.

The procedure –one of only around 15 awake craniotomies Alexis performs each year- involves cutting away a section of her skull to access the tumour, which is already affecting Ruth’s speech and causing faints.

Alexis, assisted by neurophysiologist, Sara Martins, and neuropsychologist, Lisa Healy, tries to remove as much tumour as possible without damaging brain tissue responsible for key functions.

Sara’s job is to assist Alexis with the mapping and monitoring of important areas of the brain, particularly those concerned with movement, by stimulating with electrical pulses.

Lisa’s role is to perform cognitive tests when Ruth is awake during surgery to help identify brain areas important for speech. The goal is to locate and preserve these areas while maximising how much tumour can be safely removed.

The operation is an incredible team effort, requires amazing skill – and comes with significant risks. 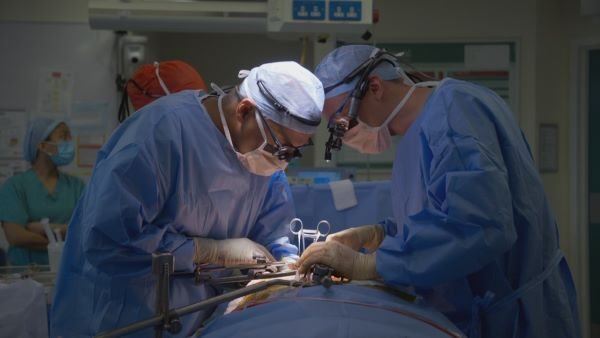 In addition to expertise in neurosurgery, Addenbrooke’s is also one of the country’s leading vascular centres and together consultant vascular surgeons Mr Simon Kreckler and Mr Manj Gohel, take on some of the most complex procedures

An abdominal aortic aneurysm (AAA) is a bulge or swelling in the aorta, the main blood vessel responsible for carrying five litres of blood from the heart around the body every minute. It can get bigger over time, rupture, and cause life threatening bleeding. Patient Chris, who has been living with the condition for 16 years, is at that point.

Together Simon and Manj must cut open the vessel to remove the aneurysm and replace that section with a synthetic graft. They need to temporarily clamp the blood flow, meaning the lower part of Chris’s body will be starved of blood. It is a race against time to prevent blood clots, cell death and amputation.

Filming for the series produced by Dragonfly Film and TV, a Banijay UK company, started in March. It follows two other highly acclaimed series filmed at the hospital over the last two years.

It’s hoped the documentary will inspire others facing challenging medical conditions, and encourage those working in and outside the health profession to consider at career at Addenbrooke’s, where staff undertake a multitude of different jobs.

Later this summer, Cambridge University Hospitals NHS Foundation Trust (CUH) will open a new, purpose-built surgical hub, boosting the number of elective orthopaedic operations being carried out and helping to tackle waiting lists for knee and hip patients in particular.

It will feature three theatres and 40 inpatient beds. A recruitment campaign is already underway to staff the new facility, with roles including registered nurses, newly qualified nurses and occupational therapists.

This series not only shines a light on some incredible surgery, but also on other parts of the hospital, which provide vital services.

A webinar is being held on 13 February for anyone interested in working in the new surgical hub. Follow this link or contact Recruitment Services on 01223 217038. More information about careers at Addenbrooke’s can he found here.