Surgeons at the Edge of Life: Episode One, Tuesday 6 October

Visit our Surgeons hub to go behind-the-scenes of the gripping third series of Surgeons: At the edge of life. 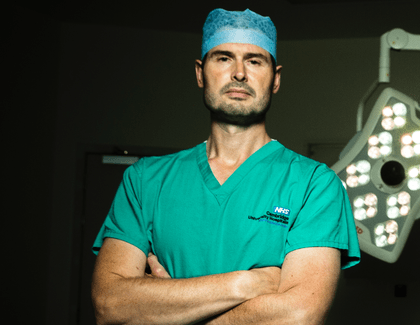 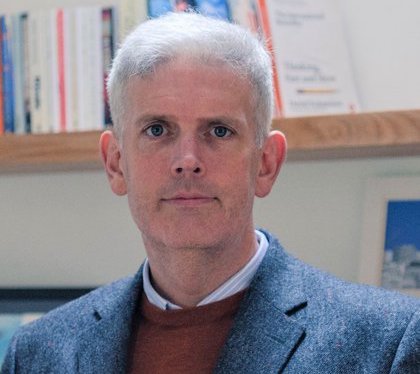 As a medical student he set his heart on becoming a consultant orthopaedic surgeon, having seen how even routine procedures like hip and knee replacements can transform a patient’s quality of life.

Now on Tuesday, 6 October, Andrew will be seen at 9pm on BBC Two’s ‘Surgeons: At the Edge of Life’ carrying out a unique pelvis and hip operation – called a Harrington Plus - which pushes the boundaries of medical science.

It’s a procedure he has developed with the help consultant anaesthetist, trusted colleague and good friend, Ronan O’Leary, and cancer patient, Peter, is only the 15th person to benefit from it.

Ronan started training in anaesthesia in around 2005 in Yorkshire. He wanted to do intensive care medicine and anaesthesia as it has has lots of complementary skills.

Today, when he isn’t working as a consultant anaesthetist with Andrew on patients with complex pelvic surgery, he has another considerable responsibility. As consultant intensivist specialty lead for Neurosciences and Trauma he runs a large intensive care unit and is involved in the treatment of the some of the sickest and most complex patients within the NHS.

Despite their considerable achievements, Andrew and Ronan are at pains to point out that surgery is a team effort involving lots of people – in fact there are no less than 25 people in theatre caring for Peter.

Andrew, who is also a military surgeon having served 24 years in the Royal Army Medical Core as a reservist, said: “For every successful surgery there is a huge team involved, often behind the scenes, who contribute in their own valuable way to the successful outcome of not only the surgery itself but to the onward safe patient discharge from the hospital. It is great to be part of this team at CUH.”

So having found themselves in front of the TV cameras, would they do it again?

Yes I would, but I feel that there are many other surgeons and patients who would benefit from having their story told, raising public awareness of advances in medicine and surgery, coupled with the difficulties encountered along the way.

I didn’t really notice the filming itself because the case was so busy, but enjoyed the period afterwards talking about the work Andrew and I do. We are very proud of the unique service we have developed.