Surgeons: At the Edge of Life - Emmanuel Huguet

As a fresh-faced young medical student consultant hepato-pancreato-biliary and liver transplant surgeon, Emmanuel Huguet, had what he describes as a “seminal moment”.

Visit our Surgeons hub to go behind-the-scenes of the gripping third series of Surgeons: At the edge of life.

Read about the next episode of Surgeons.

He had gone to medical school without any preconceptions about what field of medicine he would eventually pursue, but was completely “awestruck” after watching his first major abdominal operation.

What impressed Emmanuel was the way surgeons and theatre staff from different fields, with different expertise, and different levels of experience, were united by one shared purpose – caring for the anaesthetised patient.

Emmanuel says he found it a “profound and transcending experience” and he still feels that about the theatre environment today.

Nowhere will that be more in evidence than when Emmanuel and his close team of colleagues feature in BBC Two’s Surgeon’s at the Edge of Life on BBC2 at 9pm on Tuesday (October 27).

They pull together for 72-year-old Chris who has a genetic disorder called FAP, which means she is susceptible to cancer in her digestive system. She has beaten cancer before, but lost her brother and sister to the disease.

Now, the only way to remove a polyp that may turn to cancer in her duodenum – the first part of the small intestine – is to have a Whipple’s procedure. It is complicated and risky and involves removing the duodenum and several other parts of her digestive system before rebuilding it. Not long ago, the post-operative mortality rate was one in five. 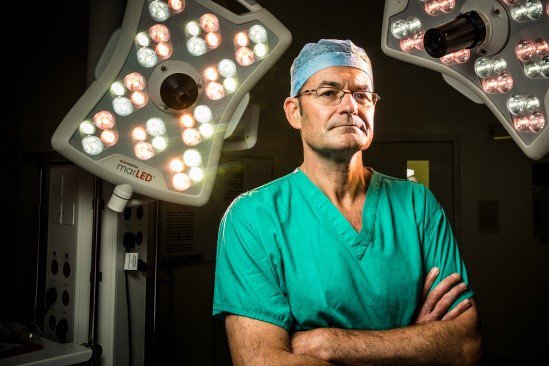 We deal with the most valuable entity on the planet: human life. There are countless aspects to the ‘work’ that are so rewarding, but they all stem from the immense, immeasurable, and humbling privilege of being entrusted with the care of this most valuable thing.

So with all the pressures involved with undertaking such a complicated procedure what made Emmanuel – a typically self-effacing Addenbrooke’s surgeon – agree to be filmed for the series?

He said: “I saw this as an opportunity to show the humanity, profound depth of care, and multi-faceted teamwork of the hospital, and so perhaps provide understanding and reassurance to current and future patients, who understandably perceive big hospitals as frightening places.

“It was a pleasure to meet the filming team who were a delightful group of people, and fascinating to see their work. I did find it very strange to be in front of cameras and microphones, as I’m not an actor by profession or personality, but the filming team were very experienced, friendly and helpful, and made it all OK. I hope the depth of care and team work comes across.”