Hospital staff are carrying SARS-CoV-2, the coronavirus that causes COVID-19 disease, without realising they are infected, according to a study by researchers at the University of Cambridge. 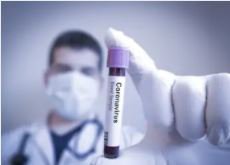 Patients admitted to NHS hospitals are now routinely screened for the SARS-CoV-2 virus, and isolated if necessary. But NHS workers, including patient-facing staff on the front line, such as doctors, nurses and physiotherapists, are tested and excluded from work only if they develop symptoms of the illness. Many of them, however, may show no symptoms at all even if infected, as a new study published in the journal eLife demonstrates.

The Cambridge team pro-actively swabbed and tested over 1,200 NHS staff at Addenbrooke’s Hospital, Cambridge University Hospitals NHS Foundation Trust, throughout April. The samples were analysed using a technique called PCR to copy and read the genetic information of material present on the swab, producing a colour change whenever the coronavirus was present in a specimen. At the same time, staff members were asked about relevant coronavirus symptoms.

Of the more than 1,000 staff members reporting fit for duty during the study period, three per cent nevertheless tested positive for the coronavirus. On closer questioning, around one in five reported no symptoms, two in five half very mild symptoms that they had dismissed as inconsequential, and a further two in five reported COVID-19 symptoms that had stopped more than a week previously.

To probe routes of possible transmission of the virus through the hospital and among staff, the researchers also looked at whether rates of infection were greater among staff working in “red” areas of the hospital, those areas caring for COVID-19 patients. Despite wearing appropriate personal protective equipment (PPE), “red” area staff were three times more likely to tested positive than staff working in COVID-19 free “green” areas.

It’s not clear whether this genuinely reflects greater rates of transmission from patients to staff in red areas. Staff may have instead transmitted the virus to each other or acquired it at home. And staff working in the “red” areas were also swabbed earlier in the study, closer to when the lockdown was first initiated, so the higher rates of infection in this group might just be a symptom of higher rates of virus circulating in the community at the time.

Nevertheless, extrapolating these results to the more than half a million patient-facing staff working across the NHS UK-wide suggests that as many as 15,000 workers may have been on duty and infected, with the potential to transmit the virus to co-workers, family members and patients, during the month of April. In fact, this figure could be even higher in settings where the supply of PPE has been very problematic.

The implications of the new study, say senior authors Dr Mike Weekes and Professor Stephen Baker from the Cambridge Institute of Therapeutic Immunology and Infectious Disease (CITIID), are that hospitals need to be vigilant and introduce screening programmes across their workforces.

Test! Test! Test! And then test some more,” Dr Weekes explains. “All staff need to get tested regularly for COVID-19, regardless of whether they have any sort of symptoms – this will be vital to stop infection spreading within the hospital setting.

The research was mainly funded by Wellcome and the Addenbrooke’s Charitable Trust.