There is no room for error in two cutting-edge operations filmed at Addenbrooke’s and Royal Papworth hospitals in Cambridge for the next episode of the BBC Two documentary, ‘Surgeons: At the Edge of Life’.

Visit our Surgeons Hub to go behind-the-scenes of the gripping third series of Surgeons: At the edge of life. 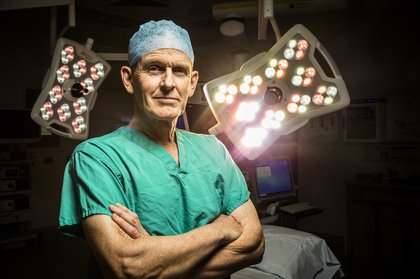 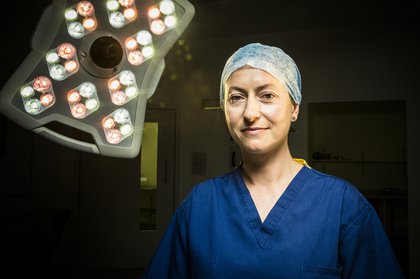 The third, and penultimate, episode at 9pm on Tuesday (20 Oct) starts with Royal Papworth surgeons, Marius Berman and Pedro Catarino, taking on one of the most difficult transplant procedures - the double lung transplant.

Their patient, David, 52, suffers from a genetic disorder which is destroying the air sacs in his lungs. He and sister, Kay, have already lost their older brother to the condition.

Marius and Pedro, supported by consultant anaesthetist Dr Christi Burt, work against the clock. As soon as the donor lungs have been detached from the donor, the surgeons start the operation to remove David’s right lung. After a short but nail-biting delay, the donor lungs arrive and Pedro successfully connects the new right lung.

It must support David while his second diseased lung is replaced but, just as they cut the blood supply to remove it, the new donor lung suddenly stops working. Neither of David’s lungs are functioning and they have just minutes to rescue to situation.

“We are very grateful to David for allowing his story to be told, raising awareness of organ donation and hopefully encouraging people across the country to have conversations about organ donation with their family.”

At Addenbrooke’s, consultant neurosurgeon Rod Laing is preparing to remove a cavernoma – a tumour-like bundle of abnormal blood vessels sitting near the top of his patient’s spinal cord.

Kevin, a 53-year-old HGV driver, needs the operation because it could rupture at any time, damaging the spinal cord and causing severe paralysis or death. However, there is a risk that his spinal cord could be damaged during the surgery and he could be paralysed from the neck down.

The operation is so demanding that Rod calls upon his colleague, neurosurgeon Richard Mannion, who previously appeared in episode two assisting colleagues to remove a brain tumour. This time he helps dissect the growth on Kevin’s spinal cord, a millimetre at a time.

Neuro clinical physiologist, Rebecca Chriripanyanga, monitors Kevin’s spinal cord function. At regular intervals she sends an electrical signal into the motor cortex of Kevin’s brain, tracking it down the spinal cord and out to the nerves in his arm and leg muscles. If the spinal cord is working Kevin’s limbs will twitch.

When the surgeons are removing the last segments of the growth, Rebecca discovers there has been a loss of movement. Tension is high, but they must continue with the surgery. They will have to wait until Kevin wakes up to discover if there has been any permanent damage.

Last week’s episode received another massive thumbs up from viewers who said they were amazed at the cutting-edge surgery that goes on, and how proud they are to have such talented surgeons in the city.

One said: “Was going to bed early but started watching this, couldn't stop watching until the end. Brilliant work they do and yes we are very lucky to have these hospitals on our doorstep. Well done to all concerned.”

Another added: “Waiting to see these amazing pioneers we are blessed to have in our city”. After watching, she added: “Mind blowing, so thankful to have these amazing people literally on our doorstep.”

“Amazing and super talented surgeons. It was well worth watching!” said one, while another viewer commented: “God bless this wonderful team.” 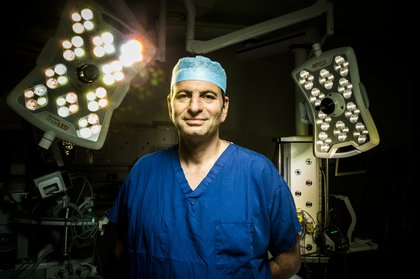 We are delighted with public reaction to the series. Viewers have been massively generous with their comments and are plainly hugely appreciative of the work that goes on. That is very important to the teams here.

Divisional director for surgery and transplant at Royal Papworth Hospital, Mr David Jenkins, added: “The response to the series so far has been really encouraging. We hope that future patients on our waiting lists will be reassured coming in for surgery after seeing the programmes on Tuesday evenings.”

The next episode of ‘Surgeons: At the Edge of Life’, can be seen on BBC Two at 9pm on Tuesday, October 20.