Since March 2020, we have completed 317 transplant operations, 195 of which were kidney transplants.

Back in December 2020, Addenbrooke's patient Paul was waiting for the call for a new kidney. He tells us about his experience:

“I have polycystic kidney disease and in April 2020, I had my Peritoneal Dialysis (PD) line put in."

A PD line, also known as a PD catheter, is a tube inserted in the abdomen for a patient to receive dialysis.

Paul said: “When I got home I had terrible pain and it turns out I had a bowel blockage which required a stay in hospital".

Paul's PD line was fine for a while until he developed an infection called peritonitis. This meant the PD line had to be taken out and was replaced with a neck line for hemodialysis - a procedure where a dialysis machine and a special filter called an artificial kidney, are used to clean your blood.

Paul said: “I then had a burst kidney cyst and while in hospital my neck line failed so I had to have a new one installed".

While Paul was waiting for an operation on 23 December to put a new dialysis line in, he received the call that all patients waiting for a transplant hope for.

Two days before my planned operation, I got a call - they may have a kidney for me. I had no real time to think and was told to calmly drop everything and make my way to the hospital. 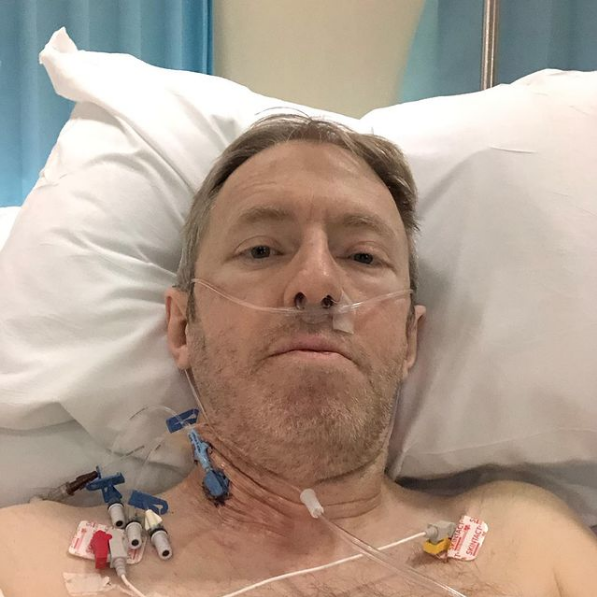 Paul in our hospital

"In the early hours of Tuesday I went down to the theatre and woke up with tubes everywhere, plus a new kidney. Before I knew it, I’m out of bed and walking and the kidney is beginning to do its job.

It has been a whirlwind since then. I’m doing okay at the moment. I’ve not got much in the way of pain and I’m managing to get around the house, even if it is slowly. It’s going to be a gradual recovery so I’m taking it easy. I’ve still got my postponed Christmas dinner to look forward to.

Paul hopes to get back into painting, hopefully starting with something dedicated to his new kidney that he's fondly named Sidney.

Paul said: “I’m extremely grateful to the huge number of people at Addenbrooke’s and the dialysis clinic, from surgeons, registrars, nurses and others who have taken care of me through all the numerous procedures I’ve gone through. It’s impossible to thank them all personally, but my wife always bakes brownies for every department that looks after me!”

For more information on organ donation and how you can make a difference, visit the Organ Donation website: https://www.organdonation.nhs.uk/helping-you-to-decide/about-organ-donation/get-the-facts/