Addenbrooke’s nurses are to attend the world premiere of a unique choral piece based on diaries they wrote for a Covid patient while he fought for his life in intensive care.

The group will attend the Royal Festival Hall on 24 October to hear the classical composition, which also draws on Professor Peter Johnstone’s own fragmented memories of his weeks in hospital. 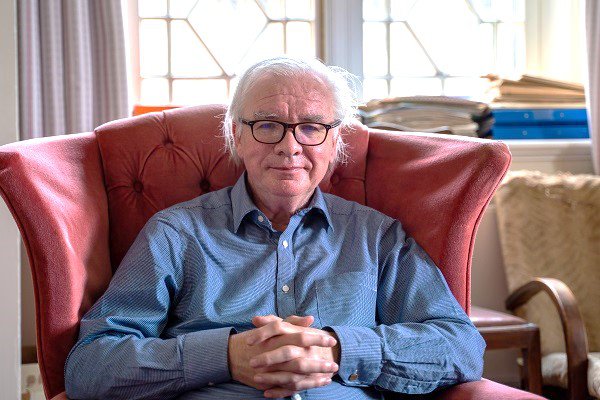 During that time Peter – the first Covid patient to be admitted to Addenbrooke’s Neurosciences and Trauma Critical Care Unit (NCCU) - needed ventilation, tracheostomy, kidney dialysis and proning. Often unconscious, he was cared for 24 hours a day by hundreds of doctors, nurses, physios and health care support workers.

The piece, called ‘Vision of a Garden’, is written by award-winning composer Richard Blackford and will be performed by the world-leading chorus, The Bach Choir of which Peter is a tenor.

It is named after Addenbrooke’s Jubilee Garden, where Peter was taken during his recovery, and is the centre-piece of a two hour concert with the Philharmonia Orchestra, and highlights including the NHS Chorus-19 choir.

Peter has also commissioned a film, called ‘The ICU Diaries’, which includes Addenbrooke’s staff reading passages from the diaries. Led by film maker Kate McMullen with London production company Bold, it’s expected to be hosted on Vimeo and be shown at film festivals. 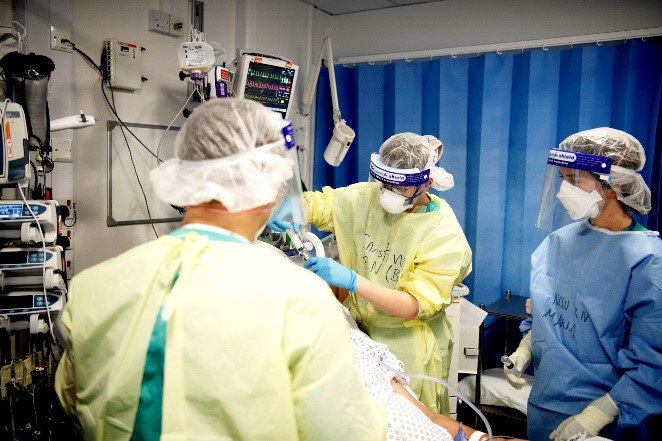 In a message to Addenbrooke’s staff consultant intensivist, and specialty lead for neurosciences and trauma intensive care medicine, Ronan O'Leary, said: “The story should remind us that we achieved something remarkable and our success is measured in hundreds of lives, ones we know nothing about but which are lived with pleasure and gratitude.

We are a remarkable hospital which came together and achieved something which is still almost unbelievable, something which was only possible because ordinary people committed themselves to be extraordinary.

Addenbrooke’s critical care clinical nurse specialist, Jill Hyde, added: “Each shift it is hoped that the bedside nurse will write in the patient diary about the day’s events. Diaries often help improve psychological outcomes by reducing gaps in memory and contextualising what has happened during their admission. Photos can also be taken and printed into the diaries. Peter had a photo of him when he went out to the Jubilee Garden. This was towards the end of his stay when he was off the ventilator.

Everyone thinks the choral piece – and now the film - are wonderful ideas, and a huge boost to staff morale.

Writing on the Bach Choir website Peter described the diaries as the “most heart-warming documents I’ve ever read.” He added:

I feel strongly that my survival places an obligation on me to tell the story of what I went through, and telling it in music is a natural way for me to do that.

Tickets can be booked here.