The National Institute for Health Research (NIHR) Cambridge Biomedical Research Centre (BRC) has announced Dr Miles Parkes will be the new director of the centre, based at Cambridge University Hospitals (CUH). 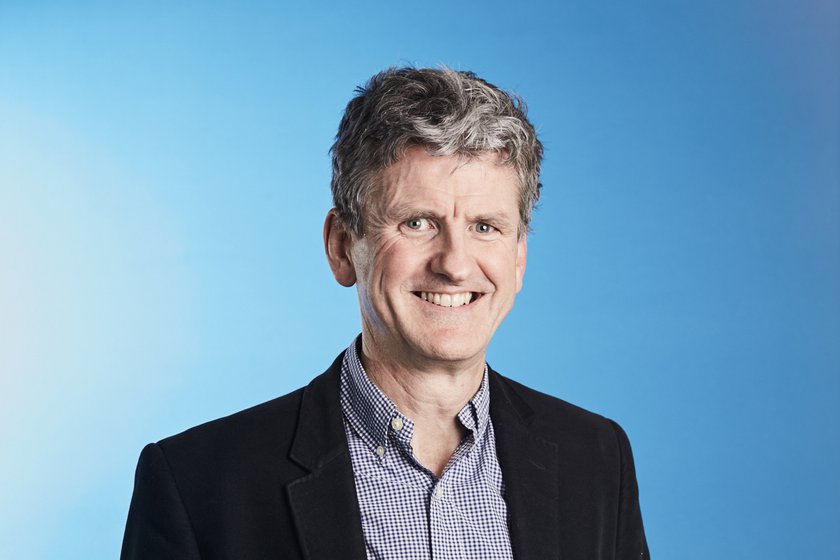 Dr Miles Parkes is currently a consultant gastroenterologist and researcher at CUH.

Miles already leads the UK IBD genetics consortium and is also the clinical and academic lead for the recently established Health Data Research Hub for IBD, known as Gut Reaction.

Miles will take over the role from Professor John Bradley, who announced in late 2019 he would be stepping down from his director role at the NIHR Cambridge BRC. John will still play an integral part in the development of research on the Cambridge Biomedical Campus as he continues to be joint director of the NIHR BioResource and Research and Development Director at CUH.

The NIHR Cambridge BRC is a partnership between Cambridge University Hospitals and the University of Cambridge which is located at the Cambridge Biomedical Campus and funded by the NIHR. Biomedical Research Centres aim to bring academics and the hospital together to speed up research in order to create new treatments and medicines for the benefit of patients and the NHS.

The NIHR Cambridge BRC is one of the largest BRCs in England and has significant expertise in the major health challenges we face today such as antimicrobial resistance, cancer, dementia, diabetes, mental health and obesity.

Since its creation in 2007, the centre has already delivered medical breakthroughs including a new screening device to detect Barrett's oesophagus and the use of genomic testing for rapid diagnosis of critically ill babies.

Miles will begin his new role on 01 April 2020. He will work with clinicians and industry partners on the campus to deliver ground-breaking research in Cambridge. Miles said: “I’m delighted to have been appointed as the new director of the NIHR Cambridge BRC. It’s a big remit, and John Bradley has given me a tough act to follow. However, the opportunities for translational research in Cambridge are enormous.

By working with colleagues across the whole biomedical campus, I hope we can all push to accelerate the clinical translation of the many medical and scientific advances being made each week in Cambridge. We will strive to continue the success of the NIHR Cambridge BRC and bring forward improved patient care.

Professor Patrick Maxwell, Regius Professor of Physic and Head of the School of Clinical Medicine said: “I am absolutely delighted with the appointment of Dr Parkes to lead the NIHR Cambridge Biomedical Research Centre.

Miles is an excellent gastroenterologist and has a fantastic track-record in developing important insights into inflammatory bowel disease. John Bradley, the founding Director of the BRC, is a really hard act to follow but I have complete confidence that Miles will be an outstanding leader of our translational research partnership.