Cambridge researchers have discovered that a drug used to treat lung cancer could potentially help patients with a type of kidney cancer called renal cell carcinoma.

Researchers from the Wellcome Sanger Institute, the University of Cambridge and Cambridge University Hospitals NHS Foundation Trust (CUH) have found that immune cells known as macrophages that express the gene IL1B are crucial in tumour development.

The study, published today in Cancer Cell, recommends that targeting IL1B macrophages could be a way of treating renal cell carcinoma and that existing drugs to prevent lung cancer could be used to do this.

The next step, which is already being explored, will be clinical trials to prove that targeting IL1B can be used to effectively prevent renal cell carcinoma from forming or progressing. 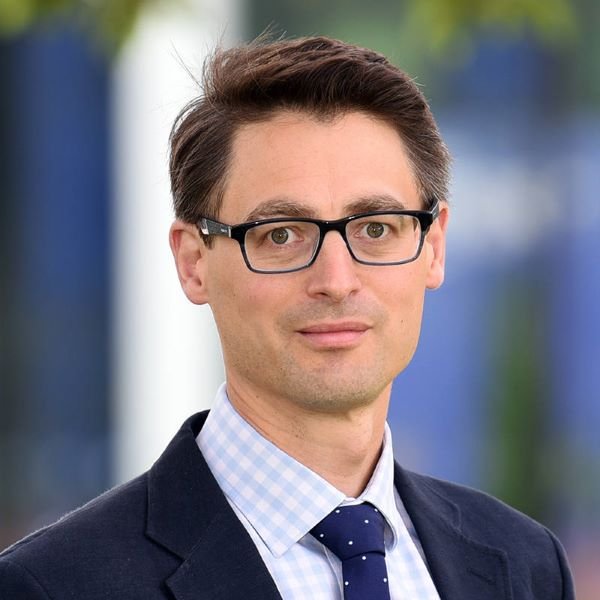 I’m optimistic that targeting IL1B macrophages may provide us with a way to treat renal cell carcinomas without resorting to surgery.

In this new study, researchers studied over 270,000 single cells and 100 micro-dissections from 12 patients with kidney tumours.

Samples were taken from different parts of the tumour as well as normal kidney tissue.

These samples were analysed using single-cell RNA sequencing and spatial transcriptomics to map the exact location of specific cells within tissues.

This analysis highlighted a particular type of immune cell, a macrophage expressing the gene IL1B, as abundant at the fringes of tumours. 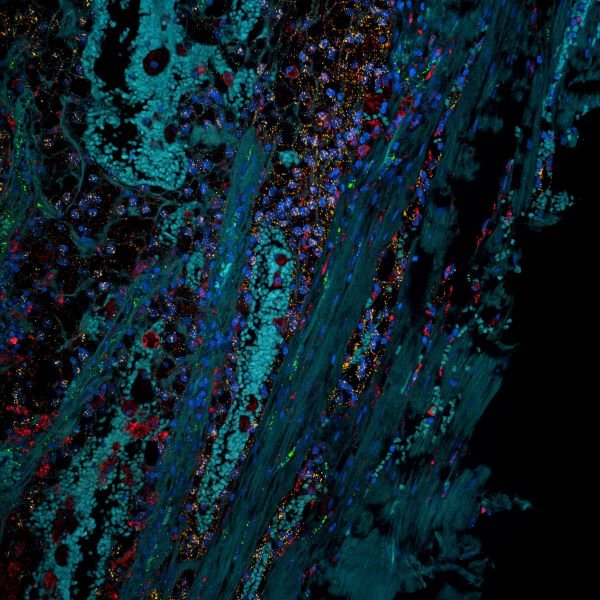 In this image the kidney cancer cells have little yellow dots around them (credit: Omer Bayraktar & Kenny Roberts/Wellcome Sanger Institute).

The disease has a 50 per cent mortality rate, partially because three in five patients show no symptoms until the cancer is at a late stage.

Many RCC tumours form when both copies of the VHL gene are switched off.

A subset of patients have inherited kidney cancer, including Von Hippel-Lindau (VHL) disease, which is a genetic condition where one copy of the VHL gene is switched off from birth.

The second copy of VHL is usually switched off as a result of a common genetic event that often occurs in early life, leading to the formation of innumerable tumours.

Dr Thomas Mitchell is a senior author of the study, a urology consultant at CUH and from the Wellcome Sanger Institute and the University of Cambridge. He said:

“This will be particularly important for patients with VHL disease because we should be able to prevent tumours forming in the first place by focusing on their genetic roots, rather than waiting for them to grow and removing them.

"As is the case for all cancers, the earlier we can intervene the better.” 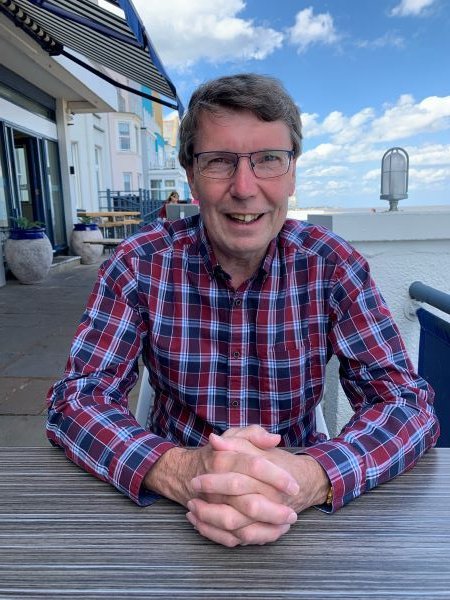 Out of the last five generations directly linked to me, four of my family members have died in their forties, and the fifth died at 56. I made it to 53 until the disease presented itself, which is fairly late compared to some people.

John Hepworth, 62 years old, is a VHL patient with RCC. He was diagnosed in 2013 at the age of 53 and has since become one of the Trustees of the VHL UK/Ireland charity.

"While my wife and I don’t have children, my sister and my uncle do, and thankfully they were both negative. I take a lot of comfort knowing that after all these decades, it stops with me.

“When I was diagnosed, it felt like I was the only one on the planet with this disease. However, around this time the VHL UK/Ireland charity was just starting up again, so I got in touch and it’s gone from there. It can be an incredibly lonely disease at times, it being so rare, and you always know you have surgery coming and that it is only a matter a time.

"Research is crucial if we are to find something to help, and it’s great that there is so much research, such as this, going on to try and find other options.”

The findings will be of particular interest to those with VHL disease, who are highly likely to suffer numerous and persistent tumours.

Dr Ruoyan Li, first author of the study from the Wellcome Sanger Institute.

“Using both single-cell sequencing and spatial transcriptomics allowed us to discover not only what cell types were present in these renal cell carcinoma tumours, but how the cell types were organised in space.

"This approach meant we could pinpoint macrophages expressing the IL1B gene at the leading edges of tumours, acting almost like a vanguard for tumour growth.”

"While kidney tumours can be monitored and surgically removed before the cancer can spread to other parts of the body, new ones will form and there is a limit to how many times patients can have surgery before losing kidney function."

The researchers are already planning clinical trials to test whether targeting IL1B macrophages is an effective treatment for RCC.

The fact that existing drugs targeting this pathway are proven to be effective in preventing some lung cancers offers hope that these trials may deliver promising results.