An operation which took an expert surgical team an incredible two days to complete will be featured in BBC Two’s ‘Surgeons: At the Edge of Life’ at 9pm on Thursday (2 Dec).

Addenbrooke’s colorectal consultant Nicola Fearnhead, consultant urologist Alex Colquhoun and their theatre colleagues are seen performing a rare pelvic exenteration, where all the organs in the pelvis need to be removed. 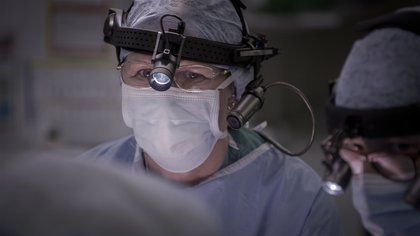 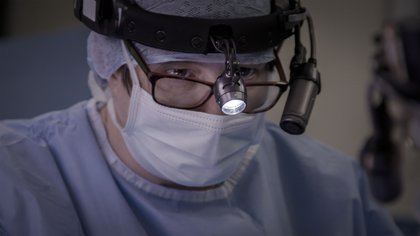 Their patient is 52-year-old father of two, Stuart, who has widespread cancer. The procedure will involve removing his rectum, bladder, prostate, surrounding lymph nodes as well as a large tumour on his kidney.

Nicola and Alex must operate deep within Stuart’s pelvis. It’s high risk surgery because they need to operate near to the body’s biggest blood vessels - the aorta and inferior vena cava - and the major vessels that branch off them.

But even if they manage to clear the disease, they still have a second day of complicated reconstructive surgery ahead of them. The list of steps needed to succeed is so extensive, they are written on a giant white board.

In another theatre, consultant neurosurgeon Alexis Joannides is also operating on the edge of what is possible. 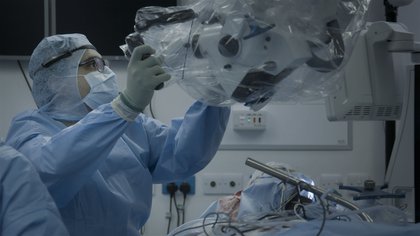 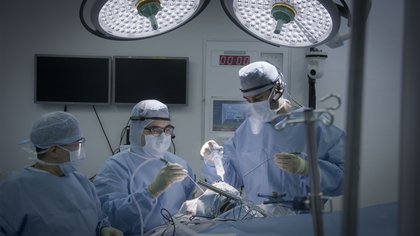 The team at work

He has the daunting task of removing a tumour the size of a small apple from the brain of 30 -year-old Adam, a manufacturing operative who is expecting his first child with partner Tasha in just a few weeks.

Adam will have a “pink drink” before surgery that contains the chemical 5 ALA, which causes tumour cells to fluoresce pink under UV light in the operating theatre. This will allow Alexis to tell the difference between tumour and healthy brain.

But as Alexis calls for the theatre lights to be dimmed and he switches on the UV, the first challenge is to find whether the drink has worked…

Adam’s problems started two months before when he began experiencing severe headaches that would not go away. Five weeks later, an optician’s appointment led to an immediate referral to A&E where doctors discovered a tumour most likely to be a glioblastoma, a particularly aggressive and life-threatening tumour.

This episode demonstrates that surgery is not only something that requires skill and experience – but incredible teamwork, courage, stamina and patience

“I am incredibly proud of our surgeons and in awe of our patients, whose bravery and positivity is an inspiration to those who find themselves in similar positions.” 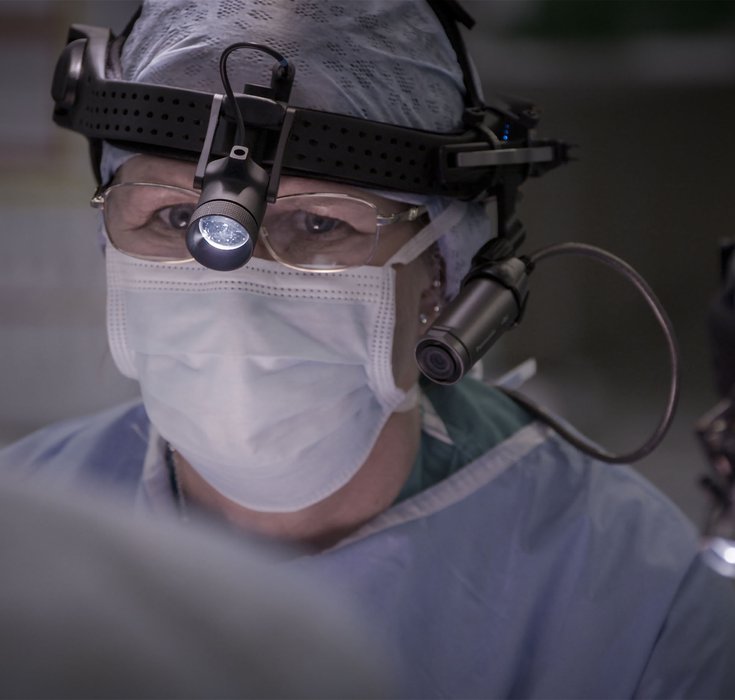