In the run-up to Christmas, doctors at Addenbrooke’s Hospital have issued a warning to parents about the dangers of magnetic ball toys. 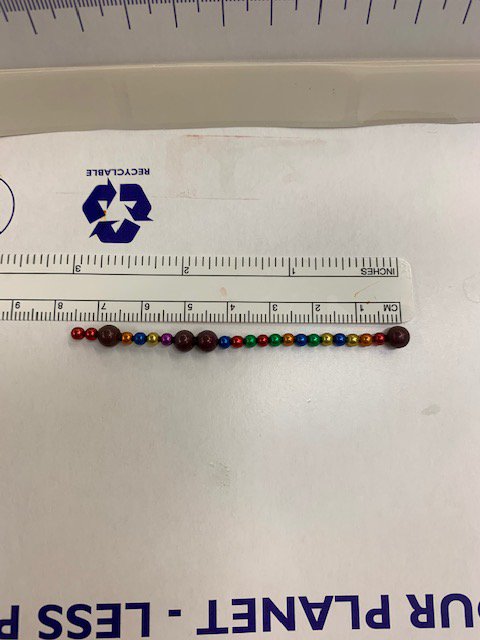 Over the last month, we have seen a sharp increase in the number of children needing surgery at our hospitals for emergency bowel complications caused by swallowing these widely available magnet toys.

The shiny and sweet-like magnets can be very attractive to small children and can cause serious harm if ingested.

Georgina Malakounides, consultant paediatric surgeon at Addenbrooke’s Hospital, said: “If these magnets are swallowed, the magnetic attraction between the balls could cause significant damage to the child’s digestive system. This includes making holes in the intestine and causing life-threatening bowel twists, requiring emergency surgery which may involve removal of some of the bowel.

“Children are curious by nature, so we are urging all parents to be mindful of the dangers.

“If you think your child has swallowed any magnetic toy, seek immediate medical advice by taking them to A&E.”

The toys were bought for the twins’ older siblings and I had no idea they had been playing with them.

“Louie started being sick and wasn’t able to hold down fluids. I took him to Colchester Hospital, where his symptoms were thought to be caused by gastroenteritis.

“He got progressively worse during the week, so I took him back, where he had an abdominal X-ray.

“It was shocking to discover Louie had swallowed 23 of the magnets and they had formed a line in his intestines. 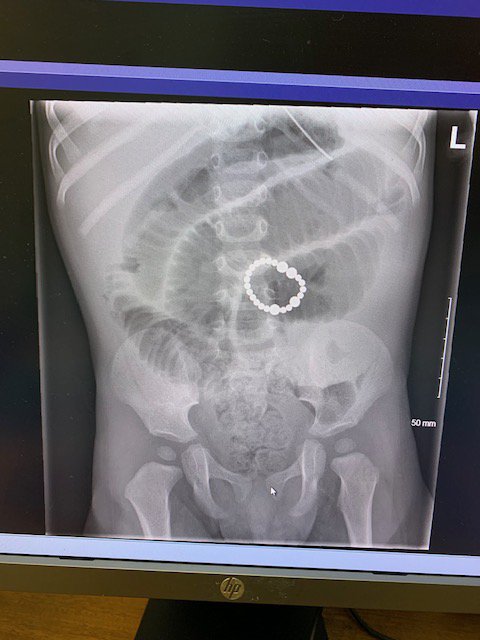 “Even more worryingly, when he was X-rayed the next day, the magnets had closed into a loop, forming a bracelet.

“This caused a bowel twist, which can be lethal, so we were urgently transferred to Addenbrooke’s Hospital, where he had an emergency operation.

“Thankfully the team were able to remove the magnets, however, they had done a lot of damage leaving him with holes in his bowel that needed patching up.

“Given the twins do everything together, Jesse was also checked over and we found he had swallowed four magnets.

“He had keyhole surgery last week to remove them, and although they hadn’t caused tears, it had made his intestine walls very thin, which needed stitching.

“I am absolutely devastated that this has happened to my boys but also very thankful to Addenbrooke’s Hospital that they are still here with us today. The outcome could have been a lot worse if left untreated! My advice to any other parent is simple, do not buy these magnets for your children, as accidents can happen no matter what the age group.”

The signs to be on the lookout for include abdominal pain, nausea or vomiting, so be extra vigilant if you have magnet toys in your house and your child develops these symptoms.

Cambridgeshire and Peterborough Trading Standards is calling on people to only buy toys from well-known, reputable sellers so that you can have confidence the toy has gone through the correct safety testing.

The Service is also urging parents to pay particular attention to ‘age 3+’ labelling on products.

Councillor Steve Criswell, Chairman of Cambridgeshire County Council’s Communities & Partnership Committee, said: “Children under the age of three are prone to putting things in their mouth, and products marked for children aged 3+ can pose a serious choking or swallowing hazard for young children, normally because of the size of the product or the fact it is made up of small parts. Magnetic toys can pose an additional risk when swallowed, with their magnetic connectivity drawing the separate parts together to create a larger obstruction.

“Magnetic toys can be sold legitimately in the UK provided they have passed rigorous safety testing, and many major UK manufacturers and retailers sell them. All such products should be CE marked which confirms they have passed that safety test, and if you buy from a reputable retailer you can be confident that CE mark is genuine.

“If you do have any concerns about the safety of a toy you have bought, then please contact Trading Standards' advice partner, Citizens Advice Consumer Service on 0808 223 1133.”