Addenbrooke's Hospital has partnered with the charity Haemochromatosis UK and St George’s Medical Centre in Littleport, Cambridgeshire to offer lifesaving treatment in the local community as part of a five month pilot scheme.

Dr Bill Griffiths, consultant hepatologist at Addenbrooke's Hospital, said: “I’m delighted this project has started, and believe it will be a great example for other parts of the community to follow. " 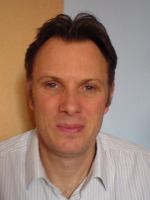 Geographically it’s much easier for patients in the region as they don’t have to worry about travel and parking, meaning they’re less likely to miss their appointment and more likely to receive their treatment.

Haemochromatosis is a genetic disorder which means the blood becomes overloaded with iron. A procedure called a venesection is the simplest and quickest way to reduce the number or red blood cells in the blood, and is a similar procedure to donating blood.

Haemochromatosis UK - the only charity in the UK that exists to support and guide those with the genetic disorder - trained the team at St George’s Medical Centre in venesection bestpractice.

Chief executive of Haemochromatosis UK, Neil McClements said: “We’re currently in the early stages of the pilot, but initial feedback has been extremely positive."

We hope to take the learnings from this project to other parts of the country, as we replicate this community-based approach in other geographically remote areas.

The pilot is due to continue until September and then reviewed for further funding with a view to being rolled out in other parts of the UK.

For more information about genetic haemochromatosis, or support following a diagnosis, visit www.haemochromatosis.org.uk or get in touch on helpline@huk.org.uk