Researchers have given two Cambridge health trusts the thumbs up to an innovative device to help children with glue ear.

Instead of fitting over blocked ears, the headphones sit on the cheek bones and contain a tiny mechanism that vibrates when it picks up a signal from a remote microphone.

The vibrations travel along the cheekbone and skip the middle ear before arriving in the inner ear where they are interpreted as sound. It’s known as “bone conduction”. 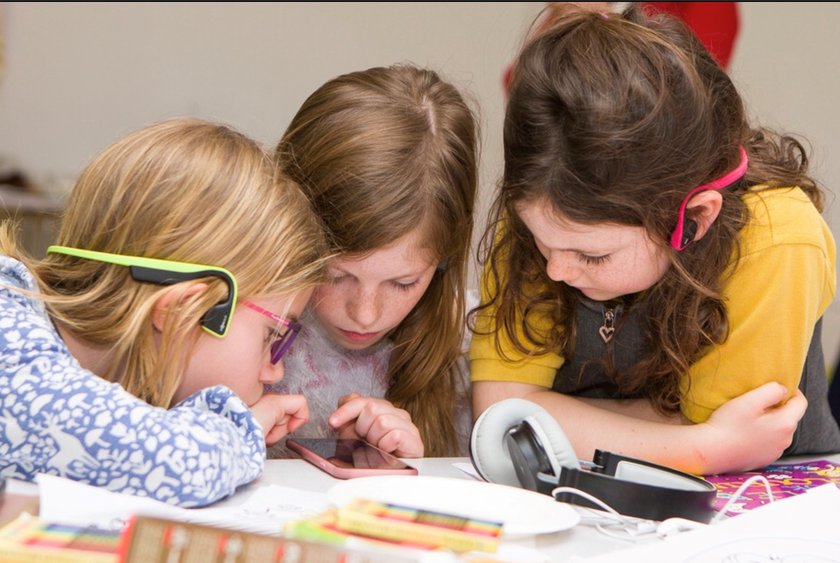 Now, research published in the online journal BMJ Innovations, says it’s a cheap alternative to the usual treatment involving a grommet, which is a small tube designed to drain fluid away.

They require insertion under general anaesthetic and around a third fitted with them develop an infection, and a small percentage risk perforated eardrums. Hearing aids are expensive and require several audiology appointments to adjust.

The parents of 26 children, aged three to 11, diagnosed with glue ear and/or scheduled for grommet insertion were sent the kits and details of the app.

In the three months before the kit was supplied, 19 sets of parents said their child’s hearing had been poor or very poor. None of the parents reported this while using the kit, with 24 reporting it as ‘normal’ or only ‘slightly below normal’.

One family commented that the school took their child’s hearing more seriously as a result; one parent said the headset was a visual cue to others that their child needed support. But three mentioned schools needed more support, or more resources, to use the kit.

Innovative use of bone conduction headphones, a microphone and the Hear Glue Ear app, sent through the post to patients, is a novel, new and effective approach to the management of glue ear and its resulting hearing loss, especially when families have reduced access to audiology or Ear Nose and Throat (ENT) services, such as during the COVID-19 pandemic.

They added that larger studies are needed to look at the cost and clinical effectiveness.

The team has set up a website about their work at https://hearglueear.wordpress.com/