A UK-wide study led by Addenbrooke’s has revealed how swallowing small ‘ball magnets' is potentially fatal for children.

The research found that the ingestion of small, strong magnets, also known as ‘Buckyballs’ or ‘ball magnets’ can seriously damage a child’s bowels.

The study involved a survey of eleven major trauma centres across the UK in 2020, where children had been admitted to hospital following magnet ingestion.

A total of 51% had to undergo surgery to have the magnets removed, with the majority needing major cuts to the abdomen. 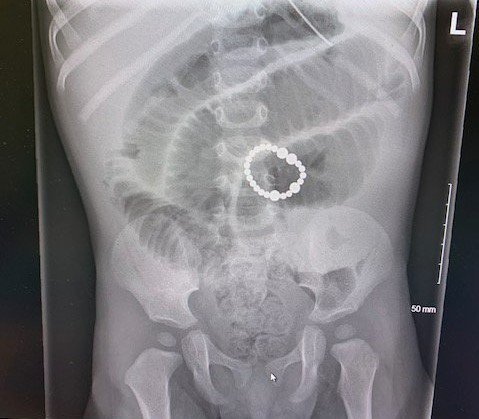 A bracelet of mini toy magnets found in the bowel

If these magnets are swallowed, the magnetic attraction between the balls could cause significant damage to the child’s digestive system.

Ms Malakounides, a co-author on the study, added:

"This includes making holes in the intestine and causing life-threatening bowel twists, requiring emergency surgery which may involve removal of some of the bowel."

Accidentally swallowing foreign bodies is common in children and normally managed without complication.

However, ball magnets are particularly dangerous as they can be five to ten times stronger than traditional magnets. They are made from alloys of neodymium, iron boron or samarium cobalt.

While the study found that 68% of patients were asymptomatic after swallowing, the rest mainly experienced abdominal pain and vomiting.

The average number of magnets swallowed per child was 5, but went up to 63 in one case. 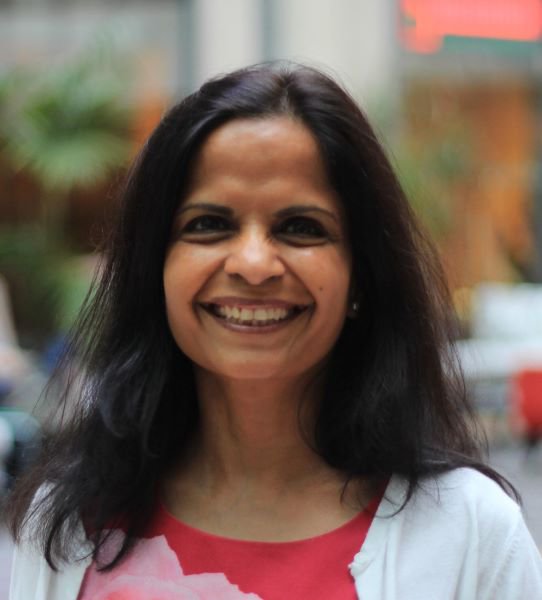 “Our findings are an important contribution towards the national picture and will help with policy changes. It will hopefully improve product safety and guidelines for managing injuries, as well as raising greater awareness of the dangers of these 'toy' magnets."

Many international consumer safety and regulatory authorities have already restricted sales in recent years, significantly reducing the number of children ending up in hospital.

If you think your child may have ingested magnets, seek urgent medical attention even if they are well, with no symptoms.

If your child displays symptoms of vomiting and abdominal pain, tell the doctor if you have magnetic balls at home.

Beware of online, unregulated sales of magnetic balls as the magnetic strength of these could be lethal if ingested.

More information about ball magnet safety can be found here:

The study has been published in the BMJ’s Emergency Medicine Journal and can be found here: