The research, published today in Nature, shows that an existing drug used to treat a type of liver disease is able to ‘lock’ the doorway where SARS-CoV-2 enters our cells, a receptor on the cell surface known as ACE2.

Because this drug targets the host cells and not the virus, it should protect against future new variants of the virus as well as other coronaviruses that might emerge.

If confirmed in larger clinical trials, this could be an important drug for protecting people for whom vaccines are ineffective or inaccessible as well as those at greater risk of infection.

WATCH: Dr Fotios Sampaziotis on the study and its significance.

WATCH: Dr Fotios Sampaziotis on the study and its significance.

We’ve discovered a way to close the door to the virus, preventing it from getting into our cells in the first place and protecting us from infection.

Dr Fotios Sampaziotis is a consultant at Addenbrooke's Hospital and from the Wellcome-MRC Cambridge Stem Cell Institute at the University of Cambridge. He led the research in collaboration with Professor Ludovic Vallier from the Berlin Institute of Health at Charité.

“Vaccines protect us by boosting our immune system so that it can recognise the virus and clear it, or at least weaken it. But vaccines don’t work for everyone – for example patients with a weak immune system – and not everyone have access to them. Also, the virus can mutate to new vaccine-resistant variants.

“We’re interested in finding alternative ways to protect us from SARS-CoV-2 infection that are not dependent on the immune system and could complement vaccination." 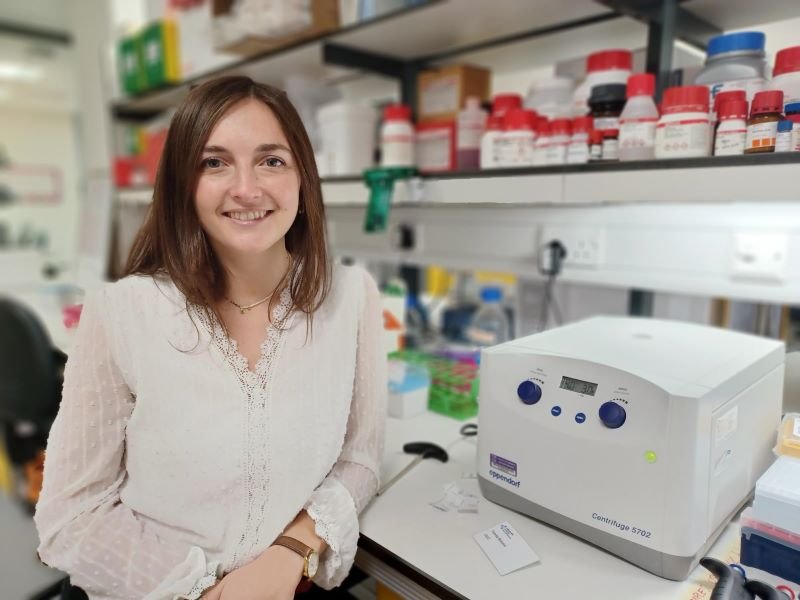 Importantly, because this drug works on our cells, it is not affected by mutations in the virus and should be effective even as new variants emerge

First author and PhD candidate Teresa Brevini from the University of Cambridge said:

“This unique study gave us the opportunity to do really translational science, using a laboratory finding to directly address a clinical need.

“Using almost every approach at our fingertips we showed that an existing drug shuts the door on the virus and can protect us from COVID-19. Importantly, because this drug works on our cells, it is not affected by mutations in the virus and should be effective even as new variants emerge.” 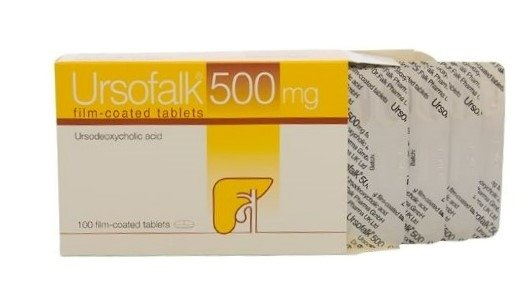 From mini-organs and animals…

Dr Sampaziotis had previously been working with organoids to study diseases of the bile ducts. These organoids or 'mini-bile ducts' are clusters of cells that can grow and proliferate in culture, taking on a 3D structure that has the same functions as the part of the organ being studied.

Using these, the researchers found that a molecule known as FXR, which is present in large amounts in these bile duct organoids, directly regulates the viral ‘doorway’ ACE2, effectively opening and closing it. They went on to show that ursodeoxycholic acid (UDCA), an off-patent drug used to treat a form of liver disease known as primary biliary cholangitis, ‘turns down’ FXR and closes the ACE2 doorway.

In this new study, the team showed that they could use the same approach on other organoids to also close the ACE2 doorway in 'mini-lungs’ and ‘mini-guts’ – representing the two main targets of SARS-CoV-2 – and prevent viral infection. 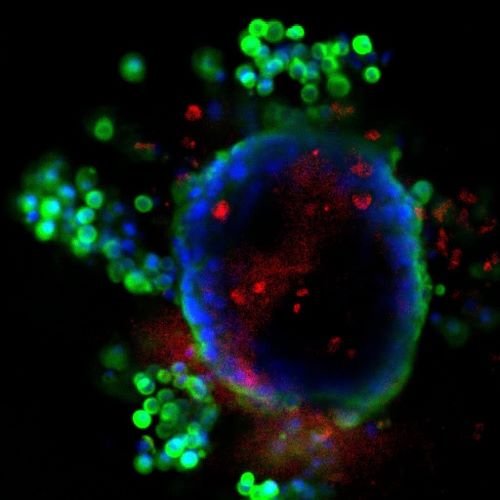 The next step was to show that the drug could prevent infection not only in lab-grown cells but also in living organisms.

For this, they teamed up with Professor Andrew Owen from the University of Liverpool to show that the drug prevented infection in hamsters exposed to the virus, which are used as the ‘gold-standard’ model for pre-clinical testing of drugs against SARS-CoV-2.

Importantly, the hamsters treated with UDCA were protected from the delta variant of the virus, which was new at the time and was partially resistant to existing vaccines.

“Although we will need properly-controlled randomised trials to confirm these findings, the data provide compelling evidence that UDCA could work as a drug to protect against COVID-19 and complement vaccination programmes, particularly in vulnerable population groups. "

"As it targets the ACE2 receptor directly, we hope it may be more resilient to changes resulting from the evolution of the SARS-CoV-2 spike, which result in the rapid emergence of new variants.”

Next, the researchers worked with Professor Andrew Fisher from Newcastle University and Professor Chris Watson from Addenbrooke’s hospital to see if their findings in hamsters held true in human lungs exposed to the virus.

The team took a pair of donated lungs not suitable for transplantation, keeping them breathing outside the body with a ventilator and using a pump to circulate blood-like fluid through them to keep the organs functioning while they could be studied.

One lung was given the drug, but both were exposed to SARS-CoV-2.

The result, the lung that received the drug did not become infected, while the other lung did.

“This is one of the first studies to test the effect of a drug in a whole human organ while it’s being perfused. This could prove important for organ transplantation – given the risks of passing on COVID-19 through transplanted organs, it could open up the possibility of treating organs with drugs to clear the virus before transplantation.” 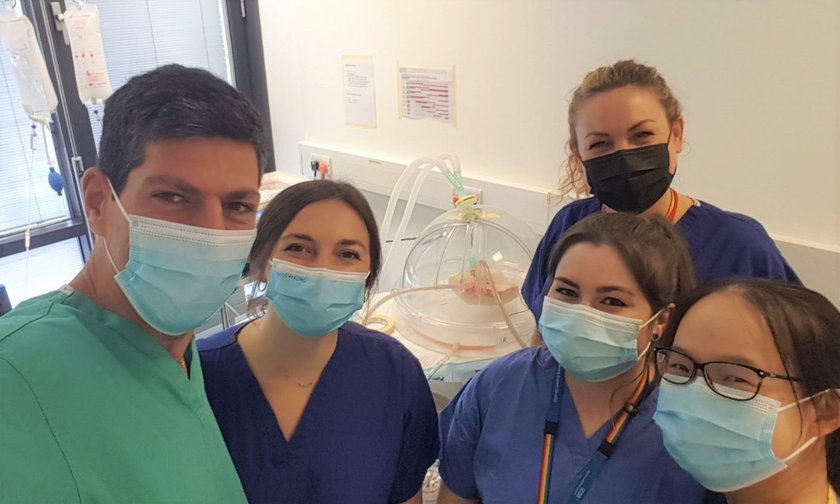 The research team during testing in Newcastle

Moving next to human volunteers, the Cambridge team collaborated with Professor Ansgar Lohse from the University Medical Centre Hamburg-Eppendorf in Germany.

“We recruited eight healthy volunteers to receive the drug. When we swabbed the noses of these volunteers, we found lower levels of ACE2, suggesting that the virus would have fewer opportunities to break into and infect their nasal cells – the main gateway for the virus.”

While it wasn’t possible to run a full-scale clinical trial, the researchers did the next best thing: looking at data on COVID-19 outcomes from two independent cohorts of patients, comparing those individuals who were already taking UDCA for their liver conditions against patients not receiving the drug.

They found that patients receiving UDCA were less likely to develop severe COVID-19 and be hospitalised.

Dr Sampaziotis said the drug could be an affordable and effective way of protecting those for whom the COVID-19 vaccine is ineffective or inaccessible.

“We have used UDCA in clinic for many years, so we know it’s safe and very well tolerated, which makes administering it to individuals with high COVID-19 risk straightforward.

“This tablet costs little, can be produced in large quantities fast and easily stored or shipped, which makes it easy to rapidly deploy during outbreaks – especially against vaccine-resistant variants, when it might be the only line of protection while waiting for new vaccines to be developed.

"We are optimistic that this drug could become an important weapon in our fight against COVID-19.”

The research was largely funded by UK Research & Innovation, the European Association for the Study of the Liver and the Evelyn Trust.