A Cambridgeshire freemason who has led the delivery of thousands of teddy bears to Addenbrooke’s hospital over two decades has reached the end of his marathon toy story. 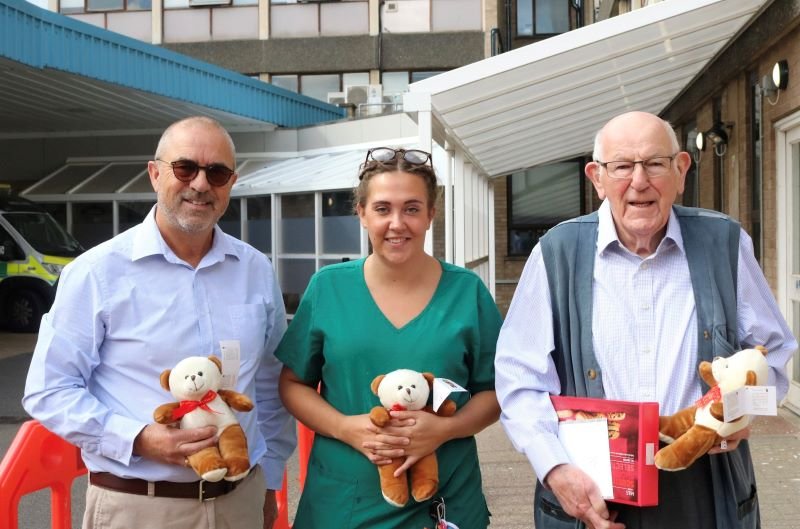 Jim Whitehead, who launched the initiative in 2002, is handing over the role to fellow member and secretary of a local Cambridge Lodge, Tony Barrios.

The Masonic Province of Cambridgeshire has 32 Lodges and is part of the world’s oldest and largest non-religious, non-political, fraternal and charitable organisations.

On Wednesday (31 August) Jim was invited to Addenbrooke’s emergency department where staff thanked him for a marathon effort involving the delivery of 32,000 bears to Addenbrooke’s and Ely, Wisbech and Doddington health hubs.

Jim, a retired teacher from Cambridge, got the idea from an Essex freemason who launched a similar scheme to thank his local hospital for saving his wife’s life.

At the original Addenbrooke’s press launch a nurse instinctively grabbed a new bear to sooth a screaming child, both mother and happy teddy-hugging patient ending up in the local press photos. Since then the bears have proved their worth over and over again.

In the early days Jim, who has been a mason for more than 50 years, carefully parked his car clear of arriving ambulances and “humped” crates of teddies to the emergency department back door. But as he got “better organised”, and demand increased, his orders qualified for free delivery direct to Addenbrooke’s.

Jim recalled: “Cambridgeshire Freemasons, and particularly their wives, strongly supported the idea and we soon had a solid fund to operate the supply. This, of course, was quite additional to all the other demands upon the members’ charitable giving.

Cambs is a small Province of just over 30 Lodges, but to date we have supplied some 32,000 teddy bears. The scheme soon spread nationwide, and overseas where British freemasonry exists. It now has a central organisation through the Masonic Charitable Foundation in London. Nationally over three and a half million teddies have been provided to A&E departments throughout England – and we are very proud to have been part of that.

Jim asked me to take on this important role and I am very happy to do so. He’s worked so hard over all these years, he will be a difficult act to follow! 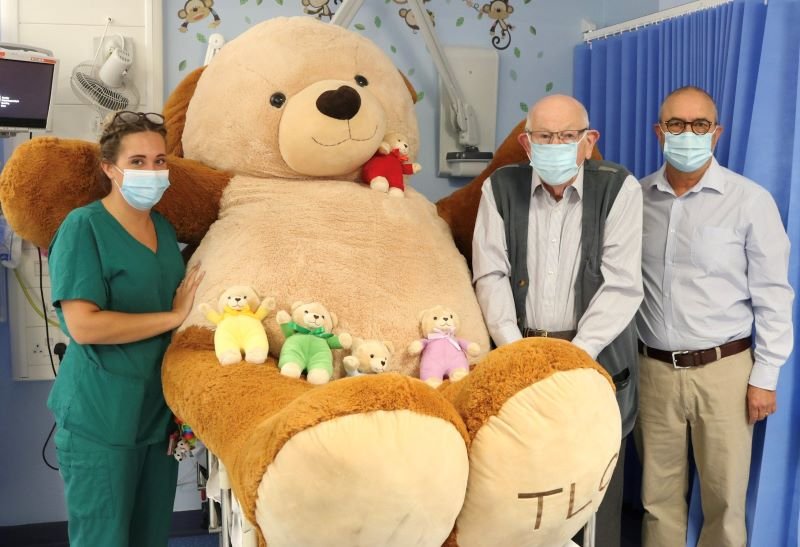 We are hugely grateful to Jim and the Cambridgeshire lodges for the incredible way they have supported us and brought happiness to so many children. Quite often they are frightened and upset when arriving in hospital, however receiving the little bear can help promote a positive hospital experience for the child.